While the phased roll out of Satellite Radio 2.0 has been frustrating for many investors, the good news is that another major portion of the roll out happened today.  Sirius XM Satellite Radio has finally updated their apps on the Apple platform to include satellite radio 2.0 features.  This is a big move, as Internet streaming capabilities is becoming and ever growing segment of the audio entertainment sector.

The new look and capabilities include:

At this point the updated app is limited to Apple devices such as the iPod Touch, iPhone, and iPad. 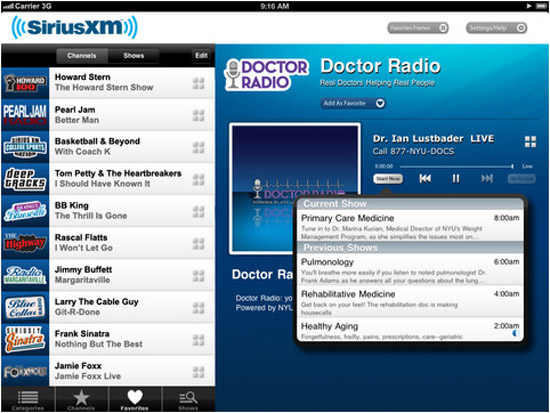 Though no official word has been released, it is anticipated that a new Android app including the same features will be launched within about 6 months.  In order to get the new features, users must update their app.

Sirius XM has been touting Satellite Radio 2,0 for quite some time, and announced several new channels as well as an Edge radio capable of receiving those channels.  Outside the Sirius XM Edge, the only way for subscribers to access these new channels is through Sirius XM Internet Radio via a computer or a mobile device with the app.