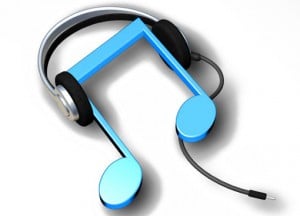 While this is pure speculation, it is also a well educated guess.  SiriusXM (NASDAQ:SIRI) may be ready to launch its version of personalized radio quite soon.  Investors that stay well in tune with the company are well aware that management has promised to have the product out this year.  With only about 6 weeks left in 2012 it is quite easy to state that the product will launch soon.  After all, as each day passes the odds that the next day will be the launch date increase.   There are other reasons why I feel that the launch may come sooner rather than later though.

Yesterday we saw some massive block trades in SiriusXM.  Most filled after hours, and in all there were about half a dozen trades that accounted for about 45 million shares and over half of the daily volume.  Trades like this typically do not happen on a whim, and more often than not do not happen without a decent suspicion that something compelling is in the pipeline.  There are a few possibilities of compelling news items out there, but in my opinion the most reasonable one is that SiriusXM personalized radio is getting ready to launch.

As we all know, the biggest shopping day of the year is a little over a week away.  One very popular item on almost any gift list is a smartphone.  It makes all of the sense in the world for SiriusXM to get its personalized radio service launched in time for Black Friday.  Think about it.  People are out shopping for gifts, but also use that time to get some of their own needs filled.  Have you ever seen the lines at cell phone stores during the holidays?  People are indeed buying gifts, but they are oft taking care of their own upgrades as well.  In my opinion the company will want to right the wrong that we saw last year with the very late release of the Lynx radio.

I think that the company is going to attempt to launch personalized radio with a bang.  They want to have the app on the market prior to the biggest shopping day of the year, or at least in time for that weekend.  In Q3 SiriusXM spent a tidy sum in research and development, which makes perfect sense when you are setting up to launch a new aspect to a service.

I think that the buyer(s) yesterday were anticipating some big possibilities coming soon.  We already know that Q4 will be a good quarter in terms of financial metrics, but those will not be made public until early 2013.  What will be public sooner rather than later is a new product offering from SiriusXM in the form of personalized radio.  With such a service SiriusXM can become more competitive and keep the pressure on the audio entertainment industry.  SiriusXM Personalized radio will not reinvent anything as much as it will serve to cement the leadership position of the company as well as attract potential new customers that prefer interaction.  We are not months away from a new SiriusXM… we are weeks, if not days away!