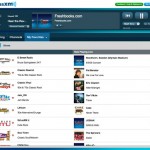 If you happen to be one of the lucky few like, @tssmattb over at our sponsor tss-radio, you already know that SiriusXM has begun to roll out their new and improved web player to a select set of beta users. At 8 hours of listening per day, I would call myself a pretty heavy online… → Read More

In what can only be called a vague and cryptic press release (.pdf), mobile technology gurus Teleca announced that they will be creating a development platform for Sirius XM Radio. The new platform is said to be a solution for Sirius XM’s next generation vehicle, portable, and more products. What does that mean? We can… → Read More 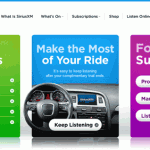 In a move that has been a long time coming, the Sirius and XM websites have finally merged. The new web presence can bee seen at siriusxm.com but, it should be noted that consumers can still get there via the older sirius.com and xmradio.com urls. The new design is geared toward subscriber retention and revenue… → Read More

Sirius XM launched their Youtube channel some time ago, and the secret is getting out. The company promotes their YouTube channel on the main website, and if you have not checked it out you are missing something special. Social Media is becoming a bigger part of Sirius XM’s marketing expansion, and it is a smart… → Read More 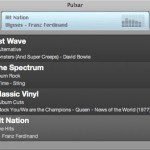 Sirius XM on Your Mac No Browser Required

Rogue Amoeba, the guys with the strange name who have been making great software for the Mac OS X since 2002 have released a new application called Pulsar, which allows Mac fans to access the Sirius or XM Internet Radio feed without a browser. For those who may be interested there is a free preview… → Read More

Sirius satellite radio is moving a bit deeper into the realm of Internet radio. Sirius Internet Radio streaming has been available for quite some time as a computer standalone or with units such as the Stiletto 2 and SONOS that use a WiFi connection to allow users to stream content. This latest move with the… → Read More

Sirius Buzz Radio airs each Thursday night at 10:30 PM Eastern time. Shows are live and we invite callers to participate. If you miss the live show, you can always catch up with the events by logging onto our archived shows at www.blogtalkradio.com/sirius-buzz-radio. You can simply listen or download the shows. Because we are seeing… → Read More

In a filing with the FCC, auto maker General Motors has asked that the FCC not only allow the merger between Sirius and XM, but that the bandwidth that the two satellite radio services have remain in tact. There have been some organizations such as Primoshere and Georgetown Partners that would like bandwidth taken away… → Read More

Sirius in Every Room With Sonos

SIRIUS Satellite Radio and Sonos have collaborated to provide SIRIUS subscribers with an exciting new way to wirelessly stream SIRIUS all over the house and control it all from the palm of their hand. Sonos connects directly to SIRIUS Internet Radio which will eliminate the need for an antenna, satellite radio hardware, or a PC…. → Read More

Since the launch of the Sirius Internet stream there are have been a number of options for regular PC users but Mac users have been left in the dark, until now. With the new SiriusMac program, users can now choose from over 80 online Radio stations with an easy to use interface that streams Sirius… → Read More