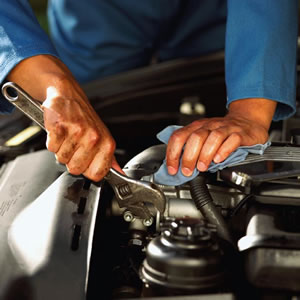 SiriusXM Radio today announced the launch of Service Lane, its new program that provides a complimentary 2-month SiriusXM subscription to qualifying customers who have their satellite radio-equipped vehicles serviced at participating auto dealerships.  The concept is simple.  If a satellite radio equipped car is not activated, SiriusXM will activate a 2 month trial subscription.  The company already has deals in place with some 10,000 dealerships for trial subscriptions when a car is sold.  Now the company can tap into the repair side of the market.

For SiriusXM the benefits go beyond the obvious exposure.  The trial subscription allows the company to identify the owner of a satellite radio equipped car, something which has been challenging in the past.  The ownership data becomes a critical component as time passes, by allowing the company to market itself to the consumer directly.  This makes for a more efficient and cost effective marketing department.  For dealers there is a positive in that consumers receive the added value of a satellite radio subscription simply by getting vehicles serviced.

A natural extension of the service Lane concept would be facilities like Jiffy Lube, Spee Dee Oil, and Firestone Car Care Centers.  While I do not see this progression happening for quite some time, it is the eventual direction that is logical.  Gaining exposure and tapping some 25 million cars that have idle satellite radio receivers is quickly becoming the growth story for SiriusXM.  Stay Tuned.