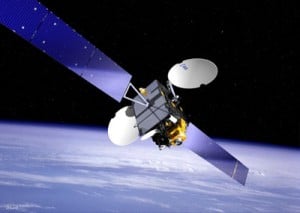 While many have thought a merger between the Canadian satellite radio providers made sense, it seemed like it was never going to happen. Then, out of the blue, it was announced today that indeed Sirius Canada and XM Canada will be merging in an all-stock merger of equals with a combined enterprise value of approximately $520 million, which includes long-term debt of approximately $130 million.

The merger is heralded as an event that will offer growth and opportunity for shareholders, provide consumers with accelerated technological innovation and enhanced content with “Best Of” programming opportunities, while enabling satellite radio to better compete in rapidly evolving audio entertainment industry. The official Press Release offers substantial detail on the structure of the deal:

Subject to shareholder approval, following consummation of the combination transaction, CSR’s board of directors will consist of nine directors, including two directors nominated by each of CSRI Inc. and Sirius XM, one director nominated by each of CBC/Radio-Canada and Slaight Communications and three independent members. John Bitove will be Chairman of CSR. Subject to CRTC approval of the transaction Mark Redmond, the current President and CEO of Sirius Canada, will be President and CEO and Michael Washinushi, the current CFO of XM Canada, will be CFO. Michael Moskowitz will remain as CEO of XM Canada and Jason Redman will remain as CFO of Sirius Canada through the approval process and transition.

“This creates long-term shareholder value for CSR,” stated John Bitove. “As a combined entity, XM Canada and Sirius Canada will deliver exceptional value to subscribers, and enhance the long-term success of satellite radio in Canada.”

“The benefits of a merger are clear and together we’ll be better able to create more growth and opportunity for shareholders, accelerate technological innovation and ensure that satellite radio is able to compete in the rapidly evolving audio entertainment industry,” said Mark Redmond. “This combination is the next logical step in the evolution of satellite radio in Canada.”

“The synergies and our intention to exchange the outstanding senior notes will create a significantly stronger balance sheet for the company, enabling us to further pursue high-return growth opportunities,” said Michael Washinushi.

Together, Sirius Canada and XM Canada will create a stronger platform for future innovation within the audio entertainment industry through key content and programming relationships and distribution agreements with every major automaker and retailers nationwide. Subscribers will continue to be offered a broad range of commercial-free music, plus exclusive sports coverage, news, talk and entertainment programming and a best-of-both channel package over time.

The companies will continue to operate independently until the transaction is completed. The transaction is subject to approval by CSR’s shareholders (other than Sirius XM and its affiliates) at a special meeting anticipated to be held in February 2011, a refinancing of CSR’s current indebtedness, regulatory review and approvals, including Canadian Radio-television and Telecommunications Commission approval, as well as the satisfaction of certain customary conditions for a transaction of this nature. Further details of the transaction will be included in a proxy circular to be mailed to shareholders in due course. The definitive purchase agreement will be available on SEDAR at href=”http://www.sedar.com/”>www.sedar.com.