Anthony Cumia of Opie and Anthony Show FIRED by SiriusXM 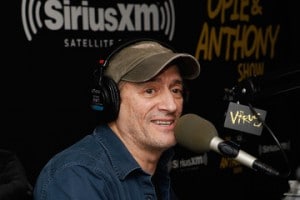 The Opie and Anthony show is now short an Anthony after the on air personality posted a number of polarizing tweets following an alleged attack on Wednesday night.

In an official announcement released to the press today SiriusXM stated that, after “careful consideration,” they had terminated their relationship with Anthony Cumia for his “racially-charged and hate-filled remarks on social media.”

Cumia claims that he was out taking some nighttime pictures of Times Square when an African-American woman who objected to being in one of his shots reacted violently by calling him a “White MotherF@$%!&” and punching him repeatedly.

During the scuffle Cumia was able to grab a couple of blurry shots of his attacker which he then posted on twitter, along with some choice words.

What happens next is a tweet after debating tweet full of racially charged comments from both Cumia and the twitterverse. One thing is clear, Cumia sees nothing wrong with speaking his mind and he won’t be apologizing anytime soon.

I wouldn't apologize. I'm not sorry. Talk to you all after a great summer!

Anthony’s partner and cohost Greg (Opie) Hughes is clearly aware of the incident but, has not yet commented on the future of the show.

Just spent a glorious day photographing the Wood Covered Bridges of Vermont. Did I miss anything?

Will the show go on? Will it only be half as funny? Will they find a new guy named Anthony to fill the void left in his chair?