Well, it took some doing, but Sirius XM (NASDAQ:SIRI) has finally updated the Android app to include Satellite radio 2.0 features.  Recently I was highly critical of the Sirius XM apps across all platforms, but in particular on Android devices.  It seems that the company was listening, and this is a good thing.  The new… → Read More 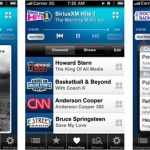 While the phased roll out of Satellite Radio 2.0 has been frustrating for many investors, the good news is that another major portion of the roll out happened today.  Sirius XM Satellite Radio has finally updated their apps on the Apple platform to include satellite radio 2.0 features.  This is a big move, as Internet… → Read More 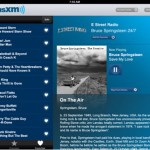 Sirius XM Radio has announced updates for their Internet radio apps running on the Apple platform. Included are the apps for iPod, iPhone, and the iPad. The updates deliver the same great content Sirius XM is known for and know have an improved user experience with album artwork and artist biographies. In effect, the new… → Read More 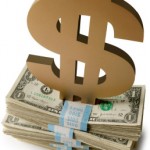 The Future of Satellite Radio — Smartphones

Smartphones are all the rage. Whether Android, iPhone or BlackBerry, consumers are gravitating to them more than ever. Sirius XM has a presence in this arena, but has not yet made the game changing move that could cement them as the consumers choice for audio entertainment while at the same time increasing their subscriber base… → Read More

The Consumer electronics show is around the corner, as are announcements regarding Satellite Radio 2.0, December auto sales, and perhaps even a subscriber announcement tallying up the totals for 2010. The real news however is an additional revenue story that is unfolding and almost unnoticed by many. Sirius XM Radio recently negotiated successful deals with… → Read More

What is The Big Difference Between Internet and Mobile Internet?

As I pen this I find myself at Logan Airport waiting for a flight because I missed my scheduled flight. This situation has me spending an additional couple of hours on a holiday in an airport lounge simply waiting. With nothing else really pending, and every sane person taking some time off, I decided to… → Read More 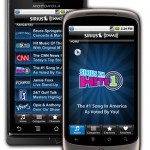 It seems that Sirius XM simply can not get up to speed on the Android platform. Last month the Android 2.2 platform known as “Froyo” began making its way to consumers. The update make droid phones faster and gives some cool upgrades like allowing flash based videos to be watched, and numerous additional voice commands…. → Read More

Sirius XM Needs To Smarten Up In Smart Phones

I already know that the passionate fans of Sirius XM will not appreciate this article, but the fact of the matter is that Sirius XM needs to smarten up in the smart phone arena. If you love this company, you would want them doing their best, not try to make excuses for something that is… → Read More 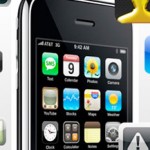 Telematics Detroit Conference Says Apps Are The Future Of The Dashboard

Each passing month more and more smart phones are entering the market. These new phones are quite capable of delivering some intriguing services to consumers, and have even become a major threat to dashboard staples such as navigation. The Telematics Detroit conference this week unveiled what could be the future of the automotive dashboard. Apps… → Read More

Sirius XM has released their highly anticipated app for the Android platform, and being an owner of A Motorola Droid, I couldn’t wait to download the app and put it through its paces. The app, developed for Sirius XM by QuickPlay Media can be downloaded through Sirius XM’s website with ease, and listeners can be… → Read More