Could Governor Palin Wind Up On Sirius XM? 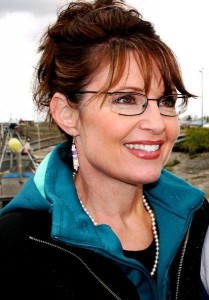 Governor Sarah Palin became an overnight sensation when Senator McCain announced her as a running mate in the elections of 2008. She was easy on the eyes, spunky, outgoing, and controversial. Simply stated, whether elected or not, Palin had become a national figure. Her notoriety continued recently because of a highly publicized feud with David Letterman, and then extended yet again with the announcement that she was retiring from her position as Governor of Alaska.

Ever since Palin gave up the Governors seat, she has been the subject of many stories theorizing about whether she would wind up on television, or even the radio. While nothing has been confirmed, it is obvious that Palin is carrying on discussions with many media entities.

Could satellite radio become a home for Palin? The answer is that it may well be a perfect home for her. Palin on satellite radio would allow her to reach the entire nation with her show and/or message. For satellite, it is perhaps one of the better opportunities to get a new player for a reasonable cost. Let’s face it, Palin is new to this game, and thus would not command the type of contract other big names get. This is not to say there would be no cost, but it certainly would not equate to the Martha Stewart deal.

The republican party is still reeling from the last election. Some have said that there is an identity crisis happening with the right wing, and until that issue is resolved, the party will suffer. Palin is more centrist than personalities like Limbaugh and Hannity, and that may be just the reason Sirius XM should consider bringing her on board. Her appeal will be more wide reaching, and she could bring about fan base that appeals to a demographic not already addressed on the Sirius XM dial.

Certainly Palin will wind up doing some sort of media. I may not agree with all of her stances, but I for one would like to see her on satellite.

48 Responses to “Could Governor Palin Wind Up On Sirius XM?”