The FCC has finally put the merger between Sirius and XM into writing. The documents, made public after 4:00 PM on July 28th outline the regulatory approval of the merger. Four of the five commissioners also offered published opinions on the vote. This official document, the lack of any action by the National Association of… → Read More

I Didn’t See This Coming But, I Should Have!

As an investor in both Sirius and XM, I was very concerned with the drop in price following an exceptional quarterly report and subsequent SEC filings relating to an Xm debt offering. What we are seeing today is a common arbitrage play with regard to convertible debt offerings called convertible arbitrage. Such offerings are an… → Read More 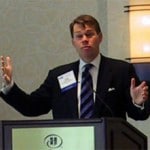 NAB Has Few Words For Merger

After months of delay tactics, hundreds of Ex Parte filings, and even going to the extreme of creating an internet survey where only those responding against the merger were forwarded to the FCC, the National Association of Broadcasters had surprisingly little to say upon hearing the news of the FCC’s approval. Dennis Wharton stated, “Today’s… → Read More

We have just learned of a revised commitment letter filed with the FCC Friday, which details all of the voluntary concessions agreed to by Sirius and XM, in regards to the recent FCC decision. There are some interesting items of note including a statement that the combined company did not expect to cause or see a reduction in… → Read More 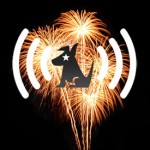 The long awaited conclusion of regulatory purgatory that began on February 19, 2007 for Sirius, XM and their shareholders is over. The merger was officially approved when the consent decree was signed moments ago. As advertised, the commission vote fell along party lines with a 3 – 2 split decision. The definitive agreement indicates that the companies will be… → Read More

Reuters is reporting that the Federal Communications Commission were given a new draft proposal today that would give conditional approval of Sirius’ purchase of XM quoting an agency source: “The FCC revised approval order circulated among the commissioners would allow the deal proceed as long as the companies met a series of consumer protection conditions. ” Update… → Read More

Broadcasting & Cable is reporting that a stalemate is taking place which appears to be a lack of trust on the part of Martin in regards to what Tate will do. A source is cited “close to the chairman’s side of the negotiations, commissioner Tate, FCC chairman Kevin Martin’s fellow Republican, had not yet signaled her… → Read More

HD Off The Table… For Now

We have just been made aware that the issue of HD inclusion in SDARS receivers may be reviewed in a separate FCC process. In a filing made public moments ago, NPR states: “The message referenced a proposal to condition Commission approval of the XM-Sirius merger on the contemporaneous initiation of an expedited notice and comment proceeding… → Read More 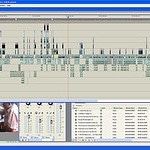 The End of SIRI and XMSR

After watching the action of the stock price for the last 2 days, I’m convinced the manipulation of SIRI and XMSR will continue unfettered despite SIRI being listed on the Regulation SHO Threshold List for the last 3 weeks. It’s apparent that threats of naked shorting crackdowns by the Securities and Exchange Commission are having… → Read More

According to Broadcasting and Cable, a few details of the consent decree that will allow the merger have come to light. It is thought that commissioner Tate, who wanted to ensure enforcement issues were taken care of, moved up the timeline on open access as well as the interoperable receiver. According to B&C’s source, open… → Read More