Tonight Pearl Jam Radio will run a special, one time, show hosted by legendary frontman Eddie Vedder. This limited run show will provide a glimpse into the mind of Pearl Jams lead vocalist as he plays many of his favorite songs, including some of early influences as well personal unreleased material. Eddie will also chat… → Read More 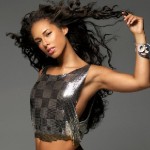 SiriusXM is continuing its new music and tour launching Town Hall Series with a special appearance by Grammy winning sensation Alicia Keys today, November 26 at 2:30pm ET on Heart & Soul (ch.48).  The gorgeous Keys will treat listeners to insight on her career and of course talk and perhaps sin some new tracks from her highly anticipated album Girl On… → Read More 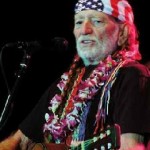 SiriusXM is making its Town Hall series an integral part of the content offerings that differentiate it from competitors and offer subscribers unprecedented access to some of the biggest stars of today and yesterday.  There is a great opportunity for country fans happening November 19, 2012 at 2:00 PM.  Willie Nelson will be conducting a Town Hall… → Read More 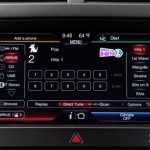 Turn Those Inactive SiriusXM Radios Back on and Listen For Free — Again!

It was only a couple short months ago SiriusXM turned on all the inactive satellite radios in the world, giving lucky owners two free weeks to try out the service. Judging by the quick turn around, I’m guessing the promo went well because they’re back at it again with another round free of music, sports,… → Read More

Election day is upon us, no more political ads, no more mudslinging, it all comes down to today and SiriusXM has you covered. Starting at noon ET you can check in with reporters and election officials on P.O.T.U.S (ch. 124) for up to the minute returns, live updates from campaign headquarters, and even key victory… → Read More 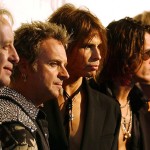 There is a Town Hall with Aerosmith and it’s happening right now on SiriusXM’s Classic Vinyl channel 26. I have failed you all as this special has already been running for the last 45 minutes but fear not,  there are rebroadcasts galore; Tonight 9pm; Tomorrow 7am; Tomorrow 4pm; Sun 11/4 12am; Sun 11/4 10am; Sun… → Read More 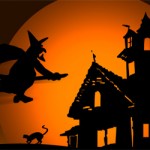 Its Time to Get a Little Creepy With SiriusXM

Halloween is just days away and like every year SiriusXM’s “Scream Radio” is alive and broadcasting the perfect creepy soundtrack for all of your haunted festivities. The limited run channel on Sirius 123/XM 142/Online 770  set to run through November 3rd will feature ghost stories, celebrity interviews, and haunted attractions by day while transforming into… → Read More

Duran Duran is one of the most iconic bands of the 80’s, and if you were rocking out to the early days of MTV, you’re more than familiar with their work.  SiriusXM will bring in John Taylor for an in-depth interview tonight on Author Confidential, SiriusXM Book Radio’s exclusive series where iconic authors sit down for… → Read More 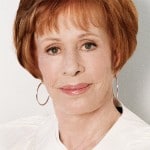 As a child I fondly remember the Carol Burnett, Tim Conway and Vicki Lawrence entertaining America with family friendly comedy that literally had people laughing out loud.  Now SiriusXM (NASDAQ:SIRI) is bringing those iconic comedy stars to the listeners in the latest installment of SiriusXM’s Town Hall series.  It is SiriusXM’s own inside look at… → Read More 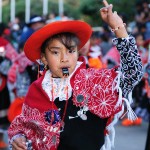 From September 15 to October 15,  SiriusXM will join the rest of country in honoring American citizens whose ancestors came from Spain, Mexico, the Caribbean and Central and South America with musical performances, interviews, and specials by today’s most celebrated Latin artists. The celebration airing across the Latin channels will include SiriusXM’s first artist-hosted show… → Read More