They’re considered one of the most explosive rock and roll bands of all-time!  Their music crossed decades and their fan base includes people from nearly every demographic and age group!  This tireless and timeless unit is America’s top gold record champion, releasing 37 albums over 36 years and selling over 100 million albums worldwide.  They… → Read More

Sirius XM is launching something great for classic rock fans.  You gotta be on the ball though, as this channel is a limited engagement and it starts this weekend!  The Pink Floyd Channel will  feature music, interviews and historic concert broadcasts from the Pink Floyd archives.  The iconic band  is taking over Deep Tracks channel!… → Read More 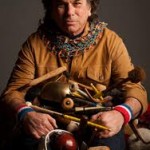 You are the worlds biggest Grateful Dead fan.  You have been to dozens upon dozens of concerts, have every live bootleg recording in existence and even love that Cherry Garcia Ice Cream put out by Ben & Jerry’s.  What could possibly exist or happen that would be new to you?  Well, Sirius XM has that… → Read More 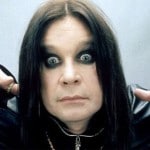 Ozzy Osbourne to Take Over Boneyard

Sharon is putting Ozzy to work once again and this time she has him launching his own channel on Sirius XM. Before the end of this year, Boneyard (ch. 38) will be known as Ozzy’s Boneyard and will feature shows hosted by The Prince of Darkness, Sharon, Jack, and Kelly. Listeners will hear the heavy… → Read More 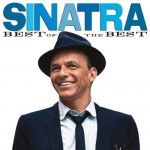 Sinatra “Best Of The Best” Featured On Sirius XM

Every once in a while there is an iconic figure who transcends an industry in such a way that they simply carry a lasting impact for generations.  Frank Sinatra has been entertaining music fans for decades and will continue to be a relevant musical figure for generations to come.  This Tuesday a collection of Sinatra… → Read More 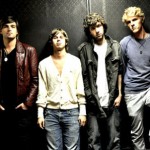 Sirius XM Gets Pumped With Foster The People

Once again Sirius XM is jamming out with another popular music group, this time Foster The People.  The group, perhaps best known for the song “Pumped Up Kicks” will perform a private Concert at New York City’s Bowery Electric in an exclusive, invitation only event for Sirius XM Listeners.  Those that are not able to attend the… → Read More

Sirius XM Radio (NASDAQ:SIRI) have announced today that Coldplay band-members Chris Martin, Jonny Buckland, Guy Berryman and Will Champion will sit down for a rare Q&A session with a select group of lucky Sirius XM listeners at the satellite radio company’s  studios in New York City.  Unique and exclusive content such as this is one… → Read More

Sirius XM Radio (NASDAQ: SIRI) announced today that it will celebrate Hispanic Heritage Month with a wide portfolio of performances, interviews and specials.  The satellite radio provider will bring out some of the  hottest Latin artists of today and yesterday with special programming  hosted  by the “Queen of Latin Pop” Gloria Estefan.  The special events… → Read More

Although it has not officially been announced by Sirius XM, it has recently been confirmed that BBC Radio 1 has been dropped from the Sirius XM lineup. After their six year run, a recent announcement from the press office of BBC Worldwide confirms the fans worst fears. “The BBC’s commercial arm BBC Worldwide has been… → Read More