In what can only be called a vague and cryptic press release (.pdf), mobile technology gurus Teleca announced that they will be creating a development platform for Sirius XM Radio. The new platform is said to be a solution for Sirius XM’s next generation vehicle, portable, and more products. What does that mean? We can… → Read More

The Consumer Electronics show is happening now and for satellite radio investors one major consideration is what is happening in the dashboard of vehicles. Several manufacturers are making substantial upgrades to their in dash entertainment platforms. Among those making big moves is Toyota. The company announced yesterday that their ETune multimedia platform will begin rolling… → Read More

Savvy shoppers and deal seekers traditionally brave the cold, long lines, and throngs of people each year on Black Friday in search of great deals for their holiday gift giving. Real savvy shoppers wait until Cyber Monday and score even better deals on the Internet from the comfort of their own home. If you are… → Read More 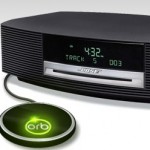 Internet Radio, whether Sirius XM, Pandora, Slacker or Last FM is becoming easier to stream on devices other than your PC. The evolution of smart phones brought Internet radio mobile. Now, with the introduction of Orb, the home stereo is easy to connect as well as affordable. With a retail price point of just $69… → Read More

XM SNAP Does Not Look To Be an Android Dock

Speculation is a wonderful thing, and all of the speculation surrounding the new XM SNAP has gotten the retail satellite juices flowing again. Upon first glance it seemed that the new XM SNAP would perhaps be a “SkyDock” type of product that could be used with 2010’s most popular smart phone line, the Android. Upon… → Read More 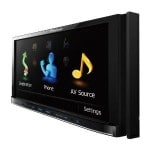 The aftermarket car stereo market still exists, but it is not as robust as it once was. Today’s vehicles include better sound systems than in the past, and are now evolving to include many more features. Still, even with better stock systems, some people are compelled to have it all. It is that group of… → Read More 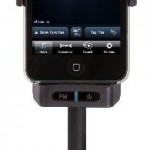 The XM SkyDock has been available for a couple of weeks now and those fortunate enough to have one already know how awesome it is. Today Sirius XM officially released a press release for the SkyDock, letting everyone know that it is available in retail stores across the country. XM SkyDock Now Available for Purchase… → Read More

SkyDock – The Best Satellite Radio Made Yet

If you have had satellite radio for a long time, you have likely seen your fair share of the various hardware options that were made available by Sirius and XM. Now that satellite radio is all under one umbrella, the best satellite radio to date has finally been developed. The XM SkyDock. Out of the… → Read More

The XM SkyDock App is ready for download on iTunes. SkyDock, which turns an iPhone or iPod Touch into a virtual satellite radio receiver when docked, has been highly anticipated for some time. The new app represents the second official full satellite radio app for Sirius XM on iTunes. Apps for specific content have been… → Read More 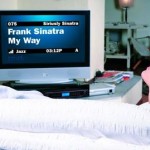 SIRIUS XM Radio (NASDAQ: SIRI) today announced the launch of a new satellite radio for the home, the SR-H2000, which is custom-installer friendly and compatible with most home audio and theater systems. The new SR-H2000 permits consumers to add satellite radio to entertainment systems, home theaters and distributed audio systems, allowing them to listen to… → Read More