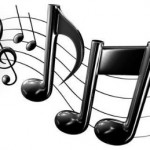 Is iHeart Radio Falling Off The Map?

UPDATE: The simple answer to this question is NO.  I am glad to report that not only is iHeartRadio holding its own, but it appears to be in third place among the big 5 IP delivered audio entertainment players.  The initial post below did seem to indicate that iHeart was falling off of the map…. → Read More 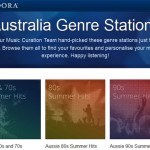 For the first time since May of 2007, online music streaming service Pandora is, once again, available in both Australia and New Zealand. This continent crossing deal marks the first international expansion for the publicly traded Pandora which saw a 4% pop on the news. The company is doing more than just opening online registrations… → Read More

It has been revealed that Spotify, the Internet Radio service famous for On-Demand music streaming, now boasts 5 million paying subscribers with 1 million of that total coming from the United States.  While these numbers may not look impressive at first blush, getting 1 million self paying subscribers in a year is a good achievement…. → Read More 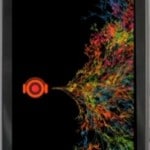 It appears that SiriusXM’s Mel Karmazin is not the only CEO stepping down from an audio entertainment company these days.  In a surprise move MOG founder and CEO David Hyman is heading out the door.  MOG recently sold to Beats, the popular headphone maker.  Hyman’s move is effective immediately, but it was disclosed that Hyman… → Read More

The international growth of music services is exploding and as yet SiriusXM has not done the same.  Is it smart business on the part of the satellite radio provider, or is the company falling behind?  The answer is likely a little bit of both.  While a company like Spotify announces $100 million in new financing… → Read More 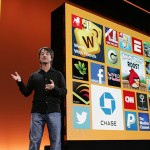 Score One Year of Ad-Free Pandora with Windows Phone 8

Microsoft announced yesterday that Pandora, the “leading internet radio service” would be coming to the Windows Phone in early 2013 with one year of ad-free entertainment. With roughly 5 million Windows Phone devices being sold per quarter, we’re talking about 400,000 potential paying subscribers by years end if Pandora continues to convert those free users… → Read More

Pandora and Clear Channel Partner Up – Sort Of

It is no secret that royalty payments make up the biggest expense of a streaming radio service.  Internet radio blockbuster Pandora (NYSE:P) knows this first hand.  Royalty payments have made what is a massive success in terms of consumers into a mediocre success as a business.  In fact, Pandora rarely reports a profitable quarter despite… → Read More 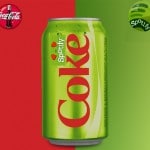 Coca Cola And Spotify Teaming Up?

Music is business.  Big Business!  It appears that the new trend is getting into the music business, or at least hitching your proverbial wagon to it!  Rumor has it that Coca Cola is thinking of plunking down some coin and investing into Internet radio giant Spotify.  The two companies are not strangers.  Spotify and Coke started… → Read More 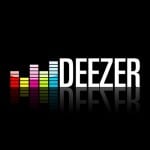 Deezer Gets $130 Million In New Cash

Many investors in SiriusXM Satellite Radio (NASDAQ:SIRI) have never heard of Deezer because it is not offered in the United States.   Those that read SiriusBuzz are already in the loop, because we see the importance of keeping in tune with the happenings in the audio entertainment sector.  As you can imagine, there will be… → Read More 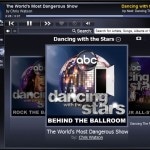 Dancing With The Stars is one of televisions biggest and most popular shows.  It makes headlines all of the time, and is even among what is labeled as “Must See TV” according to SiriusXM’s Howard Stern, who oft dishes about Dancing With The Stars on his SiriusXM show.  What may surprise some audio entertainment fans… → Read More