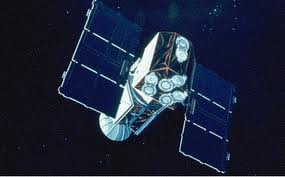 As most investors and consumers are aware, SiriusXM delivers content to consumers via satellite.  What many are likely unaware of is the fact that the satellite signal is supplemented by a repeater network.  The repeater network allows you to receive your signal in areas where the satellite signal may be weak.  Areas such a cities with tall buildings need repeaters to make the service viable.  Recently there was an article published that outlined a need for SiriusXM to install 600 repeaters to supplement its service.  While there will indeed be a need for repeaters, the task is nowhere near as daunting as you may have been led to believe.

Before moving forward, it is probably better to take some time to look at the history.  Understanding the history will allow you to understand why the repeater issue is not very daunting.  Back at the turn of the century Sirius and XM were to separate and distinct companies that deployed two separate and distinct strategies.  XM placed two powerful satellites in stationary orbit and supplemented those with a network of about 600 repeaters.  While the satellites were powerful, the sat lower in the horizon and that made it sometimes more difficult to receive a signal.  This is where the repeaters came into the equation.  In contrast Sirius used three less powerful satellites, but had those satellites orbiting much higher in an elliptical pattern.  The higher look of these satellites meant that far fewer repeaters were needed.  The downside was that aiming your antenna was more difficult because satellites moved.

With the launch of FM-5, the Sirius side of the service began a transition to fixed position satellites similar to the way the XM side operates.  This transition will essentially be complete when the FM-6 satellite launches.  Even then, the need for additional repeaters is not crucial because the companies elliptical satellites will still be in operation.  However, a transition to added repeaters will be happening over time.

What investors need to remember though is that Sirius and XM are now merged, and many of the locations that have XM repeaters already in place can also now be utilized to repeat the Sirius signal.  That makes the repeater task much less daunting, as well as much less expensive to make operational.

With that now being understood, we can look at the satellite fleet with a clean perspective.

Essentially there is a fully capable back-up in orbit that can assist with either service.  There could be a reasonable argument placed that another spare is justified, but that simply depends on how conservative or aggressive you want to be.  Looking at the 5 newest satellites (FM6 has not yet launched), 3 are capable of broadcasting Sirius, while 4 are capable of broadcasting XM.

The company is on solid footing from a satellite perspective until about 2017, at which time it will likely want to begin the process of its next satellite build.  The repeater network is on solid footing and SiriusXM can take their time in filling it out with capabilities on the Sirius side.

The long term intent is to get the service onto one one platform so that the spectrum can be better used.  Currently, because legacy radios are either one service or the other. the company is double broadcasting almost everything it produces.  On broadcast serves XM legacy receivers and the other Sirius.  True efficiency in this aspect of the service is several years away.

3 Responses to “SiriusXM – Satellites and Repeaters”