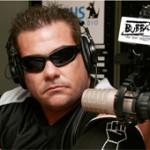 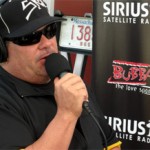 The Next Huge Mistake Looming For Sirius XM?

Over the last couple of years, radio host Bubba The Love Sponge, with his cult like following, has become an afternoon fixture on Howard 101. With only 20 shows left on his contract this is a fixture that now more then ever Sirius should be looking to lock into a long term contract. Like him… → Read More 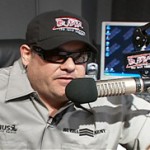 Those that are new to satellite radio may not be aware of this, but Bubba The Love Sponge used to be on XM. That’s right. Early on XM broadcast several shows from terrestrial radio giant Clear channel, and Bubba The Love Sponge was one of those shows. When Bubba got canned from Clear Channel, he… → Read More

It seems like it was only a short time ago that Bubba The Love Sponge resigned with Sirius, but it was in fact in December of 2007, and was a one year term. This means that Bubba’s current deal, which also allows him to have a show on terrestrial radio is set to expire in… → Read More

Father Of Murder Victem Has Words For Bubba The Love Sponge

Well, Bubba The Love Sponge is not called a shock jock because he makes friends with everyone. The Sirius Satellite Radio/Cox Communications radio host found himself on the short end of an upset Mark Lunsford, who’s daughter was abducted and murdered. The father, two years after the incident, has indicated that he is going to… → Read More

A caller on the Bubba The Love Sponge Show called out Bubba on Valentines Day. Mary, the caller wasted no time in getting to her point: BUBBA – Hello Mary? Mary? MARY – YES BUBBA – What can we do for ya honey? MARY – Why are we listening to NASCAR? Why are we listening… → Read More

The infamous shock jock on Howard 101 announced on his show today that he is in developmental works with his own reality show. Jason Hervey, better known as Fred Savage from the “Wonder Years,” is said to be shopping this idea around. Mr. Hervey is also the man responsible for such gems as Scott Baios… → Read More 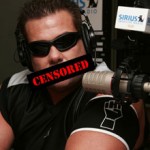 Just hours after Bubba announced that he would be staying at Sirius for another year the St. Petersburg Times are reporting that Bubba will be broadcasting on Cox Radio stations in Tampa and Jacksonville in a deal valued at seven figures. This will mark Bubba’s first return to the airwaves since he was fined $775k… → Read More 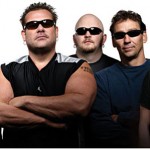 All of you marks can stop freaking out, threatening to cancel your subscriptions, and calling just to bug customer service as Bubba will continue hosting his popular weekday afternoon program on channel Howard 101. Sirius announced today that they have in fact renewed their contract with Mr. Love Sponge, although, the terms of the deal… → Read More

Watch For Positive News On Bubba

Speculation about the fate of Sirius Satellite Radio afternoon Shock Jock Bubba The Love Sponge has been circulating for weeks. At times many, including Bubba The Love Sponge himself, have seemed to feel that the end of his presence on Howard 101 was nearing. The tone of the show over the past couple of weeks… → Read More