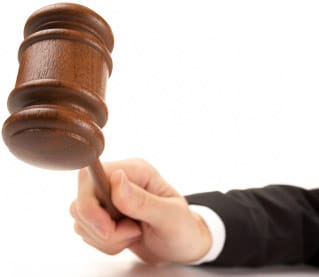 SiriusXM has had its share of spats with consumer advocate groups regarding marketing practices over the years.  There have also been a handful of lawsuits centered around people receiving unwanted communications from the satellite radio provider, and suits complaing that SiriusXM is obtaining personal information about car buyers.  This latest lawsuit takes the cake though — SiriusXM is being hauled into court for allegedly stealing the patented envelope design of CCAH.

You may not have heard of CCAH, but you have likely seen their envelopes.  The company designs and markets their “Urgent Gram” envelops to many companies across the United States.  Essentially it is an envelope designed to look very official.  The official look of the envelope almost ensures that a greater number of people will actually open it.  CCAH is a direct marketing powerhouse and over the past 7 years over 8 million “Urgent Gram” envelopes have been shipped.

The photo above shows a depiction of what a typical CCAH “Urgent Gram” looks like.  As you can see, the envelope itself does not really offer the consumer an indication of what is inside.  The design relies on a persons natural curiosity to open up the envelope and find out what is so urgent and official.  Like it or not, the design and concept is pretty slick and likely very effective at increasing the odds of a consumer opening the envelope instead of simply tossing it in the trash as yet another piece of junk mail.

CCAH makes its money when clients pay to use the design.  Since 1996 CCAH has grossed about $22 million on the mailing of 21 million envelopes.  SiriusXM must have thought the idea was a good one and emulated the design for its own marketing efforts.

The big problem here is that SiriusXM (they may have hired a marketing company, who would be the ultimate culprit) did not bother to change details like the “package tracking number”, The “Special Notes On Enclosure”, or even the initials “KC” of the “person” that sent out the urgent notice.  It would appear that SiriusXM has gotten itself into a little hot water on this one!

2 Responses to “SiriusXM In Hot Water Over Mailing Envelopes”