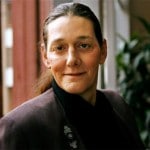 The Better Time for Satellite Radio was 10 Years Ago

In a recent interview with senior writer Jon Birger at Fortune, Martine Rothblatt, the entrepreneur who founded Sirius back in 1990 had a lot to say about the current state of the satellite radio industry, most importantly, that the entire business model has become dated. Martine is concerned about the “huge growth in terrestrial alternatives”… → Read More 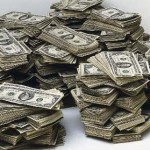 For those of you who may have heard the news about the “potential” Sirius XM rate increase this afternoon, I can unequivocally confirm that this is in fact true. Customer support representatives are now confirming to the general public that the rates will go into effect on March 11th and they are encouraging current subscribers… → Read More

Why Sirius XM Will Not Survive

In a day and age where the Internet and technology are evolving at a blazing pace, Sirius XM continues to sit on their hands watching the times pass them by. Now more then ever, people of this world are plugged-in looking for alternative ways of getting their news and entertainment yet all they get from… → Read More

Is National Sponsorship a Solution for Sirius XM?

Over the years, I have seen many ideas brought to the table regarding satellite radio. Some are business friendly, others are consumer friendly. One idea that has been bandied about a few times over is the idea of having national sponsors for channels. The concept seems sound, but there are many variables to consider. Would… → Read More

The new channel line-ups are in and people are already commenting on new additions, channels that have been removed, playlists, DJ’s, and just about anything you can imagine. Of substantial note is just how alike the two services are now. In terms of commercial free music there are only a handful of unique channels between… → Read More 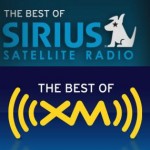 I write about satellite radio. I have Sirius, and have had XM. It sort of comes with the territory when you cover this sector, so when the availability of the BEST OF programming was announced, I found myself compelled to at give it a try. This morning I put my investigative cap on and called… → Read More 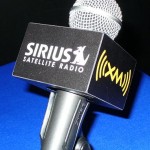 Distinct Branding to Remain… For Now

With everyone waiting on the October 6th to see the unveiling of the new A-La-Carte radios, Best Of programming, and some flavor on what Sirius XM radio will look like, there may be a bit of a surprise. The distinct branding of Sirius and XM will still exist. This was expected to some extent because… → Read More 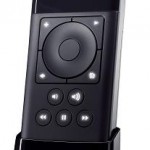 The Squeezebox Duet is a Home Run, and it’s because Logitech has covered all of the bases. Simply Stated, this is a MUST HAVE ADDITION to the sound system of any person who appreciates audio entertainment! We got our hands on the new Squeezebox Duet for a review, and I can tell you this…No one… → Read More

Stand-up comedy greats Lewis Black, Margaret Cho, Janeane Garofalo and famed comedy troupe The Kids in the Hall will be among those featured on XM Radio’s original comedy series “Unmasked” when the series kicks off a new season on May 3, it was announced today. Recorded before a live studio audience, “Unmasked” offers up candid,… → Read More

With month after month of bad news and declines in the retail channel, the trend finally seems to be turning, and it may be just enough to surprise a few analysts out there. Many analysts are building models with retail declines in the 28% to 35% neighborhood, but recent NPD data seems to be painting… → Read More