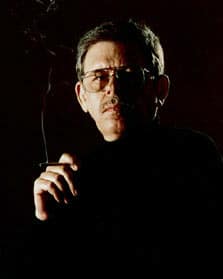 Art Bell, the radio icon that joined the SiriusXM line-up on September 16th is leaving the air after just a month and a half.  While passionate satellite radio fans may not want to hear it, his reasons for leaving boiled down to three main things:

This is not the first time that we have heard issues relating to the Internet platform offered up by SiriusXM.  There have been a host of issues from the functionality to being booted off, to having longer shows reset from the beginning after an hour and a half, making it almost impossible to listen to a 2 hour show on demand.

When signed by SiriusXM, Bell had only glowing things to say:

“SiriusXM is the perfect fit for me and my new show Art Bell’s Dark Matter,” said Art Bell. “Though invisible, dark matter accounts for gravitational forces observed in the universe—expect these forces to be at work in the uncensored, unrestricted creative arena of satellite radio, a medium with truly extraterrestrial reach.”

It would appear that after just a short period of time, second thoughts emerged.

The departure of Bell, as unfortunate as it is, should be a signal to SiriusXM.  The company has a compelling product, great content, and great potential, but in some ways has lost the edge that it once had.  The frustrations of Bell can be heard on other channels as well.  Opie & Anthony, Howard Stern, Jay Thomas, and others have all at times expressed a great deal of frustration.  In some ways, the complaints of on air personalities ring back to the old FM days of terrestrial radio, a path that many consumers and on air personalities could not wait to get away from.

Bell is a radio icon, and will continue his show on the web.  It is unfortunate that SiriusXM could not match up to his needs.  Consumers can only hope that SiriusXM takes this issue seriously.  There are indeed issues with the Internet platform as well as sound quality.  Yes, Bell was probably expecting too many callers too quickly and did not give his show time to develop an audience from the pool of those willing to pay for radio, but Bell’s issues should not and can not be ignored.

From an investors perspective, there are not really any silver linings here.  No, the departure of bell will not send the equity crashing, but the implications are not good either.  If a personality such as Bell can not draw an audience with him, what does it say about other content?  If a personality like Bell has a solution on the web that meets his needs better, what does that say about getting more talent to come to satellite and stay?

Whether we as investors like it or not, the sex appeal of satellite radio is not what it used to be.  Satellite radio seems to have lost the leading edge.  No, SiriusXM is not going to fail, but the cache is not what it once was.  The satellite empire is not crumbling, but it is at a point where it may need to “re-invent” itself.

There will be a day when Stern retires.  There may be a day when Opie & Anthony have had enough.  As each year passes it seems that SiriusXM is becoming more like the FM radio we all wanted to tear apart.  Yes, SiriusXM is better, but the options for listeners are increasing and SiriusXM needs to pay attention sooner rather than later.  The company has done so many wonderful things in getting to where it is.  It may be time to up the ante again.

Best of Luck to Art Bell in his ventures.