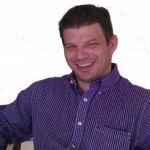 The 7% exchangeable notes due 2014 have been a hot topic of late that I have received several inquiries about. They carry a convert price of about $1.87 and because Sirius XM seems to be approaching that strike price some people feel that they might be exchanged. While a small percentage of the note holders may exchange, the more likely scenario is that these holders will continue to hold and collect their 7%, converting later on if the stock price warrants it.

Holding the debt is the move that carries the least risk, and why would a note holder give up a guaranteed 7% when they can collect those monies, and still convert to stock three years from now no matter what the price of the stock. Simply stated, if the stock were trading at $3.00 three years from now those holders would have collected 7% for three years and then get a $3.00 stock at the discount price of $1.87.

The essence of today’s 8k is simply cleaning up of the company on paper and simplifying things going forward. The debt picture remains the same as does everything else.