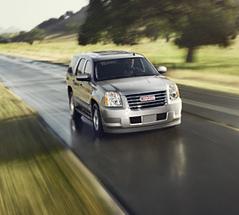 The issue of the big three auto makers has become partisan. While this may not be a surprise, it does throw into a tailspin what many are seeing as a dire situation in Detroit. Many Americans are against a bail out, citing that the company’s will use the money to survive, but not reform their ways.

It has been widely reported that President Elect Obama has desires to see a bail-out package happen sooner rather than later. The Bush administration feels that something needs to happen, but it should not be part of the $700,000,000,000 bailout that passed in the weeks leading up to the election.

Some have argued that the Bush administration is not supportive of protective measures for the auto industry. The White House pointed out today that this is not the case. The Bush plan would call for $25 billion (the amount sought by democrats) should come from a Department of Energy program previously approved and funded to develop fuel-efficient vehicles. The White House opposes the idea of automakers getting an additional $25 billion.

In my opinion, I would tend to agree with the White House on this issue. The simple step of getting cars to flex fuel will carry a ripple effect throughout the economy. For about $100 per car, the existing power plants of cars can become flex fuel capable. This, more than anything else can carry impacts that go beyond the auto industry. It could spurn the farming industry, as well as see job creation through flex fuel pumps. It can give Americans the chance to thing in MPPG (miles per petroleum gallon) rather than simply MPG (miles per gallon). A car that gets 25 MPG on gasoline may get 50 MPPG on a 50/50 mix of gas and alcohol. GM and Ford are already selling 100% flex fuel vehicles in many nations around the world.

Senate Democrats plan to introduce legislation Monday attaching an auto bailout to a House-passed bill extending unemployment benefits. A vote was expected as early as Wednesday.

The situation is dire, and GM is perhaps the company that is in the biggest trouble. GM sold off their remaining stake in Suzuki for $230,000,000 over the weekend. While action is needed quickly to avert a crisis, the government needs to be aware that this is the one occasion where they can leverage real change in the industry.

President-elect Barack Obama said he believes aid for the auto industry is needed but that it should be provided as part of a long-term plan. In my opinion, part of that plan should be to entice change that will carry a broader impact than simply “great financing deals”

The crisis in the auto sector involves many parties, and already it appears that the various factions are staking their claims. Late last week, the UAW said that no concessions will be made by the unions. If the bickering continues, there may be nothing left to lay claim to. For success, cuts across the board need to be made, and the industry needs to take on a new vision. If there is a bail out, consideration needs to be given to how the big three can differentiate themselves from other manufacturers.

The issue is not cut and dry even within the industry. Of the three automakers, Ford seems to be on the best footing. Any bail-out may come with stipulations that may work for one company, but be too expensive for another. It will be interesting to see how all of this plays out.

The longer the issue festers, the longer consumers will avoid buying new cars. What happens in Detroit will resonate through many communities, as there are a lot of businesses that rely on the auto industry. For SiriusBuzz readers, satellite radio may come to mind.

13 Responses to “White House Has New Plan For Auto Industry”