To C or Not To C… That Is The Question 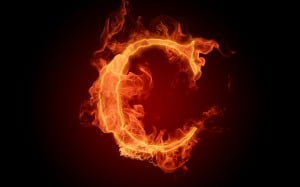 Over the past few days we have heard a lot about the hypothetical Liberty Media series C shares.  Sirius XM investors are trying to wrap their heads around what exactly a C share is, how liquid it will be, and whether owing such shares carries any advantage or disadvantage to the current holding of SIRI shares.

Before moving any further, I would like readers to know that there is deeper coverage and discussion of these types of issues on SiriusBuzz Premium, where we offer regular technical insight and analysis on SiriusXM that simply is not available anywhere else.  It also covers Arena Pharmaceuticals (ARNA) with regular and timely updates (think of that coverage as a bonus).  Membership is quite affordable, and members love the service.  If you have not done so, consider checking it out.

At this point, Liberty series C shares do not exist.  They are proposed as part of an overall strategy of Liberty Media to take full control of SiriusXM.

Liberty C shares would be held by investors in SiriusXM and holders of Liberty A shares and Liberty B shares.

Let’s look at this from a clean perspective.  If you had $10,000 to invest today, and your choices were SIRI and LMCA, what is the better play (assuming the current proposal is the one that goes through)?  Assume SiriusXM is at $3.77 and Liberty is at $139.35.

You could buy 2,653 shares of Sirius that would convert to 202 shares of the C series.

You could buy 72 shares of Liberty Media’s LMCA stock that would distribute 144 shares of the C stock, while still holding the A series stock.

Currently Liberty holds 52% of SiriusXM and the minority holds 48%.  After the transaction, SiriusXM shareholders would hold 48% of the C series stock and have about 39% of the overall Liberty Market Cap.

In theory, the price of LMCA would go down in this transaction.  To what degree that happens is the burning question.  Speculation is that the Series C stock would trade at about $48 to $50 per share.  There is little speculation about what price Liberty will trade at, but we may not really need to know that in order to make a prudent investment decision.

If we assume that the C shares trade at $50, then the SIRI buy strategy would garner an investor $10,100.  In contrast, the C shares using the Liberty buy strategy would be $7,200.  That investor would still have 72 A shares though.  If those A shares traded at about $40 after the transaction, we have a wash.  It is said that SiriusXM makes up about 70% of Liberty’s market cap.  If that is the case, then we can begin to look at this with some numbers.  Thirty percent of the current LMCA price is $41.80 under current holdings (half of SiriusXM).  Thus, in pure theory the 72 shares of LMCA bought under the strategy of investing in the Liberty side would generate a boost of about $1.75 per share, or $126 in “premium” over the Buy SIRI strategy (now consider the added value to LMCA for the acquired 48% of SIRI stock).

If an investor wanted to take it a step further, you could in theory, sell the C shares right away and buy A shares.  The Sirius strategy gives you 202 C shares.  Selling those at 50 and buying A shares would give you a total of  242 shares of A.  If you went the Liberty route, you wind up selling 144 shares of C and buy an additional 172 shares of A.  Add the 72 you already have and you have a stake of 244 shares.  What we need to now consider is that acquiring the balance of SIRI would add $11 billion in valuation to the overall entity.  Liberty would be a company with a $27 billion valuation with SiriusXM making up about $23 billion.  The thing that is hard to wrap our heads around is whether or not the discount the SiriusXM stake currently has in Liberty will be recovered, and to what level.  Currently, investing in SiriusXM through Liberty garners you access to shares at a discount.  Whether that discount still exists as a wholly owned subsidiary is the question.

Essentially, as the deal is currently structured and with current prices, there is a small advantage to the Liberty trade.  There are many moving parts here, and a lot that still needs to happen.  Personally, I have half of my stake in Liberty, and half in SiriusXM.  For me, I will see half of the benefit of the premium whichever way it goes, and half of the discount whichever way it goes.  Stay Tuned!