The Year Of The Speculator 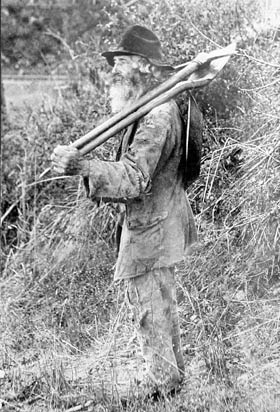 As the new year came, many people took the time to reflect on all that transpired during 2008. High gas prices, banks failing, and investment portfolios taking a beating like many have never seen before. For satellite radio investors, 2008 meant a united front against the NAB, and endless waiting on the FCC for a decision on the merger. The merger process during 2008 took a toll on this equity that it has yet to recover from, and many still are betting against a recovery.

What will 2009 bring the satellite radio investor? Most of what anyone will say is based on speculation and opinion. Car sales, which have been down to record lows need to recover at some point. This could happen in 2009, but it will not be early in the year unless something extraordinary happens. This means that OEM installations of satellite radios will be slow as new year begins.

Sirius XM has some refinancing to do as well. The first order of business is the February converts. While I see no real problem for the company to deal with the just under $200 million, there is still another $800 million to deal with throughout the year. If the company is unable to wrap up all 2009 financing in one neat package, then the equity could well tread water until all of the hurdles are cleared. This could mean investor frustration for some time to come. On the flip side, should the company announce that they are able to get the financing needed, the equity could recover on that news. The debt issues seem to be a major overhang, and any progress that handles all of the debt would be a positive for the company as well as investors.

The merger synergies should begin to bear substantial fruit in 2009. Savings on many line items will help the bottom line, and may make the balance sheet more attractive to investors. Combine good news on synergies with positive financing, and the end to the auto crisis, and the viability of peoples confidence in the business model may be revived.

All of this boils down to speculation. Sirius XM stock is highly speculative at this point. Perhaps more-so now than in several years. What makes things more difficult now is that investors are a lot less willing to speculate in the current environment. Some investors have even gone so far as to cease investing altogether in favor of holding cash and waiting. I can’t say I blame these people. Looking at my portfolio over the past few months has been frustrating to say the least.

If all of these questions seem overwhelming, consider the vast difference of opinion to those that invest in this equity. People that bought at $5 have a much different opinion than those that bought at $1, and the opinion changes even more starkly for those that bought at 15 cents. Now throw all of the shorts into the mix, and you will find that Sirius XM Radio has a very “bi-polar” group of investors. This equity is riddled an investment base that is not in unison. The only way, in my opinion, that this equity will see any near term stability is for the majority of investors to be of a like minded opinion on the business, and have the confidence that a longer term hold on the company is the way to go. Until this happens, this is an equity adrift. The only real solution is positive numbers from Sirius XM on a consistent basis combined with good cash flow, merger synergies, and news that leads to the demonstration of these things.

It has been said that fortunes can be made from the ashes of a bear market. While others stand buy scratching their heads and wondering what happened, those that will make fortunes are doing their homework across many investment sectors looking for a few diamonds in the rough. They seek out companies that took a beating like all others, but will be able to rise up the fastest. Right now Sirius XM is a speculative equity that needs to rely on outside factors to see them through the storm. Reliance on outside factors adds additional risk. Betting on an equity such as this means betting on banks to deliver financing, cars to begin to sell, and a product that consumers want. This is a major reason that we have a stock like this at the level we see it at currently.

Are you a speculator?

26 Responses to “The Year Of The Speculator”