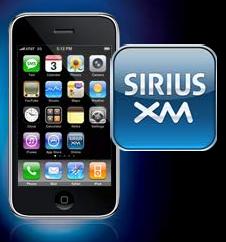 The SkyDock will be announced by Sirius XM next week, but already there is some basic confusion surrounding the dock and what its purpose would be. That is understandable given the high degree of secrecy that Sirius XM Radio has with regard to these latest product offerings.

We can deal with speculation, and what we know. The issue comes when people begin to speculate without first gaining and understanding of what is known. In an article today, Motley Fools Rick Munarriz penned a piece which takes the SkyDock into a direction that was never intended. Munarriz makes the assumption that the goal of the SkyDock is to make the iPhone a “portable” satellite radio receiver. This is not at all the case. What the SkyDock does is make the iPhone a satellite receiver when docked into a car and/or home dock.

In order to better understand the hardware we need to step back and understand the big picture. In fairness to the Motley Fool, they do not follow the intricacies of the sector like some of the sites dedicated to satellite radio. The FCC filings show the purpose and functionality of the SkyDock.

– Sirius XM develops an iPhone app which allows users to subscriber to Sirius XM Internet Radio. The user can stream an INTERNET feed over their iPhone or iPod Touch. If the user is a satellite radio subscriber they simply need to add the Internet service to their account. Satellite Radio can not be received by an iPhone until the SkyDock is released.

There will have to be some tweaks and upgrades to the Sirius XM iPhone app in order to make the system work, but the company has plenty of time to deal with that, and updating an app is not rocket science. Hopefully Sirius XM’s press releases next week on the new hardware will do a good job of outlining the functionality and intent of the hardware so as to avoid further confusion in the press as well as with consumers.

We are all well aware that the iPhone app was not a huge boost to new subscribers. However, the app was successful in getting existing subscribers to upgrade their accounts to include the Sirius XM Internet Radio portion of the service. SkyDock should viewed as another opportunity for the company to get into the mobile media marketplace. What we now know is that the iPhone in a dock will stream the satellite radio feed. This bodes well on expenses, because royalties on the satellite feed are less than the Internet feed. iPhone users docking their units will essentially switch the device to satellite fed content, thus saving money.

Sirius XM is scheduled to announce their new hardware next Wednesday.