SiriusXM To Ring In New Year’s With Concert Extravaganza 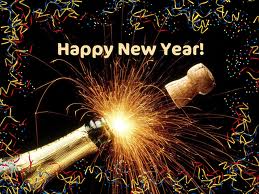 SiriusXM announced today that it will broadcast live concerts, DJ sets and special performances on New Year’s Eve.  The event will be spread across numerous channels and will feature something to suit just about any musical taste.  It is essentially a concert extravaganza brought to you in the way that only SiriusXM can.

The entertainment includes performances from some of the biggest names in music.   Pitbull will perform from the American Airlines Arena in Miami, FL and will be broadcast on two channels  (20 on 20 ch.3, La Mezcla ch.148).   Willie Nelson is still at it, and will be performing  from Austin City Limits Live at The Moody Theater in Austin, TX.  Willie will air on his own SiriusXM channel (Willie’s Roadhouse, ch.56).  Want more country?   Gregg Allman will be at the Florida Theatre in Jacksonville, FL and air on Deep Tracks (ch. 27).   Widespread Panicwill be in the great state of Georgia at Philips Arena in Atlanta which will air  on Jam_On (ch. 29).

Punk Party (ch. 41)
Party punk rock from every era and genre including early pioneers like the Ramones, Sex Pistols and The Clash, and recent punk practitioners Green Day, Blink 182 and New Found Glory.
Tuesday, December 31 at 12:01 pm ET – Wednesday, January 1 at 11:59 am ET

So ring in the New Year in style by catching some world class content on the nations only satellite radio service!