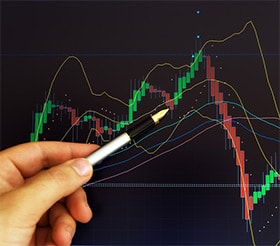 SiriusXM will be reporting its quarterly financials this Thursday.  In my opinion the key element of this call will be expectations.  Right, wrong, or indifferent, Sirius has shifted from a “darling” when Liberty Media made an offer to bring the company under its umbrella to “questionable” ever since Liberty pulled its offer off of the table.  The reasoning is actually pretty simple.  If Liberty does not want the deal anymore what is wrong?

Now, before you start typing your hate-mail, hear me out.  The issues with SiriusXM lately are partially founded in reality and partly based on perception.  Whether we as investors like it or not, perception carries a lot of weight for an equity.  Company guidance for 2014 includes:

As you can see, the initial guidance of 2013 was pretty good.  The company beat its revenue guidance by $100 million, beat its subscriber guidance by about 250,000, beat its EBITDA guidance by $70 million, and beat its free cash flow by $27 million.  In essence, the 2014 guidance is already more modest than what many are used to:

In my opinion, with Liberty pulling out of the deal, the street is beginning to look at expectations that are flattening out.  This call is more about the longer term than the near term.  Let’s rewind a moment and look at the timeline.  Liberty made its offer prior to the full year numbers and 2014 guidance being issued.  The subsequently issued 2013 numbers were good, but the guidance story of 2014 was not as robust as some might have expected.  Time eroded both SiriusXM and Liberty.  Ultimately, Liberty pulled its offer.

The street is expecting SiriusXM to post a profit of 2 cents per share on revenue of $995 million.  However, the street is also expecting 2014 revenue of $4.5 billion vs. guidance of $4 billion.  There is a $500 million dollar delta that will create headwinds.  Expectations are too high currently.  In simple terms, it is hard for an equity to appreciate when expectations are likely too high.  Last quarter the company did $1 billion in revenue.  It is important that the company show revenue that is high enough to meet a pace for the $4 billion guidance, but preferable that it show revenue high enough to pace with current $4.5 billion expectations.

In my opinion this quarter needs to sell a vision.  It needs to create a theme that satellite radio is relevant in the connected car and that satellite can continue to grow and produce cash flow that is something to envy on Wall Street.  The parts and pieces are all there, but at the moment the vision has been blurred.  SiriusXM needs to show a focus on what drives the bottom line and sell the concept that the company can still be a growth machine.  It is not that I feel that the growth is gone.  I think that it is slowing a bit though, and that is an idea that the street has not yet come to terms with.

I do look for the company to announce its intent on continued share buybacks.  That will make many investors happy, but that process is slow, and it takes time for the street to digest the lower share count when the equity has multiple billions of shares.  A side note.  This will be the first quarter where the subscriber number will be front and center and can not hide behind the full years numbers like it did last quarter.  Many of the casual followers of this stock would probably be shocked to learn that in Q4 the subscriber number was negative.  The new GM deal makes the traditional subscriber metrics difficult to understand.  The short term impact is the perception of low sub numbers.  The benefit of the new GM deal comes from a better revenue share arrangement that will play out in the longer term.  Stay Tuned!