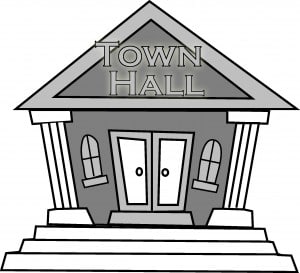 This is something that I have been eager to see — SiriusXM has launched Town Hall Radio!  The company started the unique, entertaining, and informative series quite some time ago and it has been widely successful.  The essence of the Town Hall Radio was to get artists into an intimate setting to be interviewed and play some tracks from their catalog of music or discuss the inner workings of their career.   Typical studio audiences typically range from 20 to 50 subscribers lucky enough to be selected to participate.  The Town Hall series offers up insight which is simply not found anywhere else.

One of my criticisms of Town Hall Radio was that it did not have a dedicated channel.  Often the news of a new Town Hall feature occurred only a couple of days prior to the event , and if the channel it was being aired on was not among the usual channels listened to by a consumer, some great content might be missed.  In my mind the solution was a dedicated channel that could air the live Town Hall events and then replay past Town Hall interviews as well — my wish has come true.

My hope is that the limited run status of this channel will be made permanent, across the board, at a minimum I would like to see station remain a fixture on SiriusXM Internet Radio.  The channel makes sense, and is a value added proposition for consumers.  It fits right in with SiriusXM’s On Demand side of the business and would be a natural for the personalized radio service that should launch soon.

In the meantime listeners can enjoy some of the most compelling interviews of music stars on SiriusXM Town Hall Radio channel 142.