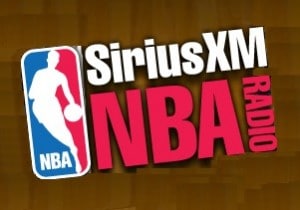 If you love the NBA, you now have even more reason to love SiriusXM.  Beginning today, SiriusXM will launch a new NBA channel that promises content 24 hours per day, and 7 days per week. All of the action can be heard on channel 217!

And that is just the start.  Fans will be able to interact with personalities from the NBA like never before.

Along with one-on-one interviews with the biggest names in the game, the new NBA Channel will showcase more than 14 live NBA games each week and a daily schedule of NBA-focused news and talk from an unparalleled roster of hosts.

NBA fans are encouraged to call in and discuss the latest headlines and weigh in with their opinions. The channel will also feature regular interviews with NBA legends, on-location broadcasts from special events like the NBA All-Star Game, The Finals, NBA Draft, and more

SiriusXM has been a radio mecca for sports fans for nearly a decade, and the tradition continues.  More and more sports fans get their information from satellite giant every day.