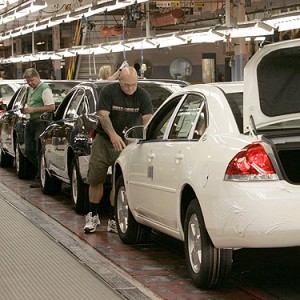 SiriusXM raised the bar on net subscriber guidance today from 1.5 million to 1.6 million.  That would appear to be a great thing.  However, if you follow the company closely you would have noticed that SiriusXM, just three quarters into 2013 already has 1,681,730 subscribers.  Are they really projecting a net subscriber loss in Q4 of this year?  The simple answer is yes.  The big question is why.

Losing subscribers is bad, so what is happening that would cause a company that has added almost 1.7 million subscribers in the last 9 months to lose 81,730 in the next three?

The answer is General Motors.  No, GM is not ceasing with satellite radio installations.  In fact, the auto giant is probably installing more satellite radios than it ever has.  What has changed is the deal between SiriusXM and GM.

The example is as follows:

In the new GM deal, the satellite radio equipped cars are NOT counted as subscribers when a customer buys the car despite the fact that the consumer gets an unpaid 3 month trial subscription.  The key term here is unpaid.  GM is no longer paying SiriusXM for the trial subscription.  That would seem bad, but it is not.  The exchange for that concession is that SiriusXM does not have to pay as much to GM on the back end.

GM, Ford, Chrysler, and a few other manufacturers get a share of the revenue derived from subscribers for the life of the car.  Essentially, for every dollar SiriusXM collected on that subscription, $0.40 would go back to GM.  The new deal has a substantially lower revenue share.  While the exact number is not disclosed, it could now be as low as $0.25.  In the longer term, and from a financial perspective, the new deal is a very good thing.  From the perspective of counting subscribers it is not good.

This quarter GM will go from supplying several hundred thousand subscribers on cars sold to ZERO.  That is correct, the GM deal (relative to new cars) will not deliver a single subscriber this quarter.  The double whammy is that the GM deal will also see the deactivations form Q3.  Thus, the impact in Q4 is the lack of 525,000 in the supply chain, but also the impact of about 300,000 subscribers deactivating from the previous quarter.  That is an 800,000 subscriber swing relating to the shift in the GM deal.

The good news is that the major impact will be absorbed in Q4.  We should get used to some lower sub numbers moving forward as well.  There you have it.  The reason we may well have no net subscriber additions in Q4 is that it makes financial sense for the long term goals of the company.

For SiriusBuzz Premium members, the technical update and valuation models will be published in the morning.