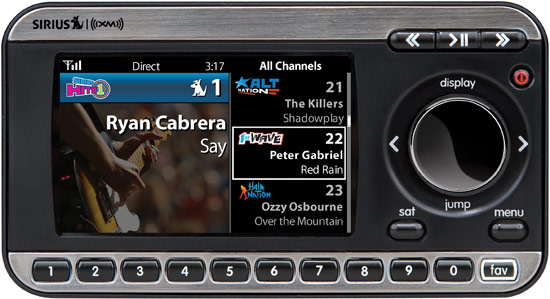 An interoperable radio has been on the wish list of hard core satellite radio fans for quite some time. Now that it has finally arrived in the form of the MiRGE, those fans find themselves asking one simple question. WHY? With the merged channel line-ups, and the BEST OF programming now available, there is little reason for subscribers to pay and additional $3 ($19.99 per month) for Sirius Everything or XM Everything, when BEST OF delivers almost identical content for $16.99.

The main reason behind the MiRGE is that it became an FCC requirement of the merger. Thus, because something made sense month or even years ago, the company needs to spend money today developing and dedicating shelf space to a device that was simply no longer needed.

To be fair, the Mirge will deliver some additional content, most of which will be on the sports and talk segments of the programming line-up. However, with rumored consolidation in that area of programming as well, the distinct differences that Mirge can deliver are scant at best.

While the Mirge does deliver a technological feat that many considered very important only two years ago, the announcement of the device is a hollow victory for satellite radio. Simply stated, the Mirge was outdated the second the channel consolidation happened. Seeing that the channel line-up predated the release of the Mirge, it will likely mean a short shelf life for the device.

All of that being said, the Mirge has promise of being a stable and reliable radio given that it is built on an already familiar platform. It also has potential to become a retail staple as a replacement receiver, given the fact that it allows users to pick their base service. I do not envision end users of the Merge becoming $19.99 per month dual subscribers though. The high point of the interoperable aspect of this device is not that you can subscribe to both or switch back and forth at a whim, but rather that you can have one device platform that allows you to select the base service you are familiar with.