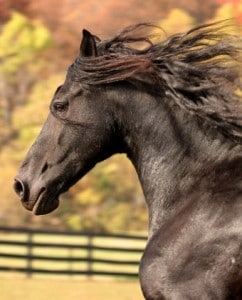 One of the compelling things about satellite radio is that the service can deliver virtually any type of content to satisfy virtually any audience. Sirius XM has nearly every genre of music, sports, news, and talk. The company offers a Catholic channel, an upcoming Mormon channel, and even channels like Spice, dedicated to edgier content. While the Spice channel may not be everyone's fancy, it does demonstrate the breadth of content possibilities on Sirius XM.

Beginning June 2, 2011, the Spice channel (103) on Sirius XM will launch a new weekly series, LIVE! At The Mustang Ranch. The show will air for two hours and will broadcast live from the world famous and fully legal Mustang Ranch brothel outside Reno Nevada. The regular time slot for the show will be Thursday's at 8:00 PM Eastern.

LIVE! At The Mustang Ranch will bring listeners into the mythical, magical world of America’s leading legal brothel. Candid conversations with the “working girls,” their customers, colorful local patrons and visiting guests will provide intimate insight into the milieu of the world’s oldest profession.

Madam Susan Austin, the celebrated owner/proprietor of The Mustang Ranch, will introduce each show, with Ranch employee Jamie Wylde serving as the show’s host. The show will broadcast from The Mustang Ranch Saloon, offering listeners and audience members alike the salty, seductive and sensual sensations the bordello is known for worldwide.

The Mustang Ranch is the first and oldest operating legal brothel in Nevada. Opened in 1971 by the now-legendary Joe Conforte, The Mustang Ranch was forfeited to the Federal Government in 1999 when Conforte fled to South America following numerous tax evasion allegations. Unable to make the once-thriving establishment profitable, the government put the building up for auction on eBay.

Susan Austin, the Madam of The Mustang Ranch, became a "working girl" in her 40s after raising her four sons. She fell in love with a client, real estate mogul Lance Gilman, who then built the Wild Horse Resort and Spa brothel on his property a few miles east of Reno, Nevada, for Susan to run. In 2003, Gilman bought The Mustang Ranch on the eBay auction. At great expense, he had the entire building moved onto his gated compound and, with Susan’s creative direction, turned it into a modern, luxurious destination. The World Famous Mustang Ranch reopened in 2007 with its rich historic heritage impeccably preserved. The Mustang Ranch and the neighboring Wild Horse Resort and Spa are widely considered to be the premiere bordellos in the US, and two of the best in the world.

Host Jamie Wylde became a “working girl” at The Mustang Ranch during its rambunctious, rowdy early days before Joe Conforte fled the country. She was one of the first Mustang Ladies to open the brothel in its current location and has a rich history with the multi-million dollar property. In addition to hosting LIVE! At The Mustang Ranch, Jamie is the gatekeeper for any ladies interested in working at the brothel; selecting, interviewing and ultimately recommending (or not) prospective courtesans to Madam Susan Austin.