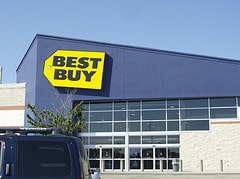 As we discussed tonight on our weekly SiriusBuzz radio show, my trip to Best Buy, Circuit City and Radio Shack did little to answer any questions as to what the future may hold for Sirius XM in Q4.

I had decided a week ago to begin weekly trips to the retailers to see if any new retail promotions might be in the works. When Jessica Reif Cohen of Merrill Lynch asked Mel Karmazin for a preview into retail, Mel answered that the company wanted to talk to the retailers before talking to Wall Street. What is a Sirius XM investor to do?

Well we do what we did years ago! We visit the stores, talk to the sales people and look at the inventories of product. We inquire about sales and marketing plans the reps may have divulged. Anything to feed our insatiable curiosities.

My trip began at Circuit City, where I found most Sirius XM products marked “clearance.” Sportster 5 home docking stations were sold out at the clearance price of $8.88. Stiletto 2 accessories were marked down as well, with display products being offered for sale. I just had to ask a salesman what the deal was! A nice young man began to explain to me that the companies were going to be merging soon. Not a good start.

I asked him what the point would be of buying a Sportster 5 model if I could no longer purchase the accessories for it. He replied that they were going to be replacing all of these older radio models with new ones before Christmas, and suggested that I just wait for the new radios to come out. Hmmm.

So off to Best Buy I went. Best Buy is operating as if there was no merger. I was very happy to see a large Sirius banner hung from the rafters. Best Buy had a full stock of radios and accessories, and the salesman there was much better trained and focused on attempting to sell me the products that were in stock based on my personal preferences. The only radio that was missing from the display was the Stiletto 100, the original and nearly outdated portable, so all is forgiven. Also of interest was that Best Buy had a display, literature and everything required to purchase and install Sirius Backseat TV. He claimed to have no knowledge of any new radios coming in the future. I could not figure out if was stating this out of a lack of knowledge, or a preference to make a sale in that moment. Which meant of course that I now needed more information.

So off to Radio Shack I went. My experience with Radio Shack is that they are always more than willing to help answer any question I may have and go to any lengths to get the right answer. Unfortunately that would not be the case this day, as I was met with a completely unknowledgable salesperson who said to me “I don’t know anything about it. Those are the radios we have and they’ve been there for “like” 3 months.” He then walked away as if he had no interest in working that day. Directly over the Sirius display, was a rebate offer that is running from August 8 to August 28 that again he left for me to figure out on my own.

I will continue my weekly trips and my weekly reports and invite anyone else to report their own findings in this thread at the SiriusBuzz forums.

No positions in BBY, RSH or CC, although I have held CC shares in the past.