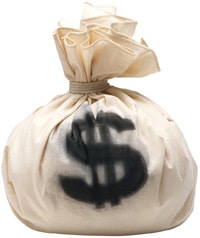 2013 is here and while there has been no increase to the base subscriptions for SiriusXM, a price increase of sorts is on the way.  Beginning February 1, 2012 the Music Royalty Fee will increase from $1.42 cents per month to $1.81.  This increase is small on an absolute basis, but a substantial 27.5% increase over what consumers are currently paying.  The Music Royalty fee is used by SiriusXM to offset the cost of royalties.

The company does count the Music Royalty fee as revenue, but before we run off counting dollars we need to remember that every dollar collected is also a dollar spent.  The fee typically covers about 80% of the royalties charged to SiriusXM.  For you watchers of the financial statements, the increase represents an addition $6.5 million per month in revenue, or about $19 million per quarter.  The fee is less for additional radios under the same account.

For the most part consumers have been blind to the Music Royalty Fee because the company advertises monthly subscription plans excluding the fee.  Likely most consumers will not even realize that the new fee exists until months after it is instituted.  SiriusXM did send out email notifications and also has news about the increase on its website. 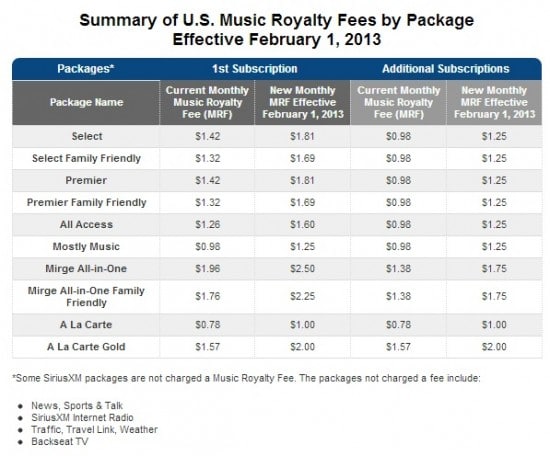 Last month the Copyright Royalty Board adjusted royalty rates for SiriusXM.  Rates are expected to go up by half of a percentage point each year.  If the company does not get a huge amount of consumer push-back I would anticipate that we will see the Music Royalty Fee Increase slightly each year.  Any subsequent increases would likely be much less than the $0.39 cent increase we are seeing this time.