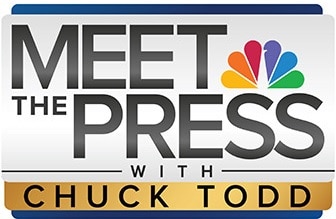 Meet The Press, the iconic television show watched by millions on Sunday mornings is now available on SiriusXM.  Satellite Radio subscribers can catch the show in their cars and not miss a beat.  SiriusXM POTUS, channel 124, will be the home of the show, and it will air on Sundays at 10:00 am ET.  An afternoon re-broadcast of SiriusXM’s Meet the Press will also be available through the SiriusXM Internet Radio App on smartphones and other connected devices.

NBC News Political Director Chuck Todd is the backbone of Meet the Press, and the show is the networks flagship Sunday morning public affairs program.  Meet The Press is also longest-running broadcast in television history.   Each week, Todd hosts top political leaders, news-makers, and influential voices to discuss the major issues facing Americans and drive the debate in Washington and beyond.

“Meet the Press is an institution for in-depth, robust analysis of politics and issues,” said Dave Gorab, Vice President and General Manager of Talk Programming, SiriusXM.  “We’re pleased that Chuck Todd and his weekly panel of our nation’s top political voices will now be available to SiriusXM listeners at home or on the go.”

“Meet the Press has always been more than a TV show — it’s a tremendous brand that we hope is synonymous with the best of political debate on every platform, regardless of where or how you get your fix,” said Chuck Todd. “We’re thrilled to expand our reach and welcome the audience of SiriusXM listeners.”

Meet The Press aired for the first time on satellite radio this past Sunday, and will air each week to the thrill of both Meet The Press and SiriusXM fans.

One Response to “Meet The Press Joins SiriusXM Line-Up”