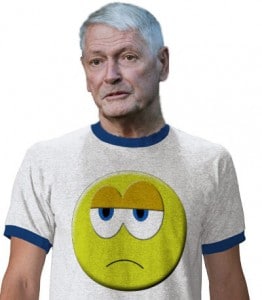 Today the U.S. Federal Communications Commission dismissed Liberty Media’s request for the licenses that would have given John Malone control over SiriusXM. It turns out “40 is not the new 50.”

Mark one down for Mel Karmazin and the SiriusXM shareholders on this one. Although, at is hard to call billionaire SiriusXM savior John Malone a loser.

The FCC, rejected the March 20th application citing “Liberty Media was unable to obtain the passwords, signatures, and other necessary information from Sirius to properly file an electronic transfer of control application.”

In other words, the FCC is saying SiriusXM didn’t give you the licenses and… no, you can’t just have them.

Keep in mind that this does not mean that Mr. Malone still cannot gain control of SiriusXM, it just means that it’s not going to be that easy (or cheap). Liberty Media will now need to grow their 40% stake to at least 50% and then force shareholders to vote on the matter.

This means an increased cost to purchase shares and a sizable bill from the taxman if the transaction is in fact an acquisition.

What will happen to SiriusXM and it’s share price is anyone’s guess so, go ahead and guess in the comments below!