Liberty Media Would Love To Own SiriusXM But Wont Chase It 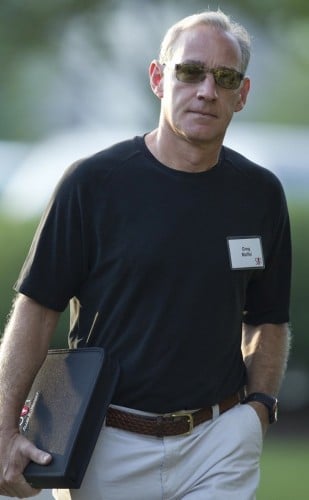 This week the subject of Liberty Media buying out SiriusXM raised itself again when Greg Maffei stated, "Sirius holders wish they took the deal", referring to a proposed deal at the beginning of 2014 that had Liberty effectively paying about $3.86 per share to get the half of the company it does not own.  Since that offer SiriusXM has not seen that type of stock price, and the equity currently is trading in the $3.20's.

The initial deal made a great deal of sense but had same passionate opponents.  In most cases, those oppsed to the deal did not really understand the workings of it.  Ultimately Liberty withdrew the offer and SiriusXM has floundered ever since.  SiriusXM brings in a ton of revenue and would be a great fit as a wholly owned entity in the Liberty Media franchise.  I have been invested in both Liberty Media and SiriusXM for quite some time.

Liberty has expressed that it will not chase a deal, but does not hesitate to point out the some great tax advantages could be realized if a deal were to happen.  The big issue here is that a deal only makes sense at certain prices.  Meanwhile, Liberty does not really have to move quickly because it already owns over 50% of SiriusXM and its stake keeps going up due to SiriusXM buying back shares on the open market.  Simply stated, Liberty can afford to be patient and does not need to "over-pay" for a company it already controls.

In my opinion, if another buyout offer surfaces, SiriusXM's board and minority investors will give it serious consideration.   While an offer will not deliver a massive premium, the ultimate solution may allow for this equity to grow some legs and appreciate.