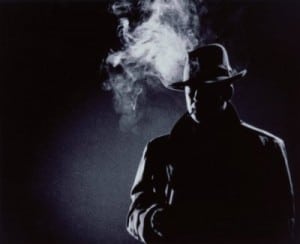 My recent article regarding stock manipulation left many questions unanswered. I have received numerous requests as to how it may work more specifically to Sirius XM and who may be involved in such manipulative practices. Allow me to introduce to you a means of manipulation that I believe is occurring with Sirius XM common stock; the Wash sale:

“A wash sale involves a person, either directly or indirectly, being both the buyer and seller of securities in the same transaction, that is there is no actual change in ownership of the securities. The manipulator will undertake frequent trades hoping to attract other investors who note the increased turnover in the security. The manipulator aims to gain financially through creating a small price differential between the buy and sell rates of the security in question.”

Sounds a lot like Sirius XM common stock, doesn’t it? Over the course of the last 2 years, every Wall Street analyst maintained a buy recommendation on Sirius. All that is, except one. Mark Wienkes of Goldman Sachs. In what could only be described as amazing insight, Mr. Wienkes was the only analyst that was right about Sirius, albeit always for the wrong reasons.

During this time we learned that Goldman Sachs, which had a conviction sell rating on Sirius shares had quietly acquired many millions of shares of the equity and that Goldman Sachs owned most of the February debt used by the media as “evidence” of Sirius XM’s recently averted doom. You read that right. They owned most of the bonds that were supposedly going to be defaulted on and they owned the very shares of stock which they recommended selling.

They hedged their short position by going long the stock, and hedged the bonds by shorting the stock. Seems to make sense. Enter Charles Ergen…

According to the press, Mr. Ergen had been “quietly” buying up Sirius XM’s February debt for some time. In acquiring the bonds from Goldman Sachs, Charles Ergen would have done what any prudent investor would have. He would have shorted the stock. The leak of potential bankruptcy created a scenario in which both Ergen and Goldman Sachs were able to cover their short positions at the expense of the retail investor, for as little as .05 a share. They were then paid full price for the bonds they had acquired for pennies on the dollar. We may never know who leaked that information, but the media sure did run with it by making claims that bankruptcy was coming within days.

Hindsight manipulation is easy to see. As rumors spread of Sirius XM’s potential bankruptcy, the bond prices retreated and were scooped up by Ergen, who by now had to have knowledge that Sirius XM was in talks with Liberty’s John Malone. Had this been made public during market hours rather than a 3 day weekend, the scheme would have been ruined. The weekend gave the media time to be manipulated into putting out stories that minimized its impact.

I think it’s probable that Goldman bought and held those bonds on Ergen’s behalf. Goldman’s position (along with their hedge fund buddies) in the equity made it entirely possible for both Ergen and Goldman to cover their short positions as Goldman and friends sold off an equal or greater number of shares from the long positions they had accumulated. Hence, the wash sale.

With the prior knowledge of events to come, client recommendations could have been made by Goldman to facilitate the scheme and the retail investor was again fleeced, with absolutely no fear of retribution by the SEC. Credit market and automaker woes facilitated the scheme.

This could be a scenario in which the stock was intentionally artificially suppressed. It could have no merit whatsoever (Legal Dept Put This Here). Is it more likely than not? Probably so.

I believe this is continuing in that there remain over 150 million shares short in the equity, which still need to be covered. Our old pal Jim Cramer gives us a clue into who the new manipulator of Sirius XM may be.

33 Responses to “Lessons In Manipulation – Part 2”