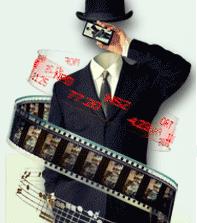 Sirius XM radio CEO Mel Karmazin spoke at the Media and Money Conference today, and while there was no “big” news, he did express confidence in the company going forward. With everyone focused on the negative aspects of the markets, Karmazin addressed the biggest perceived weights on Sirius XM Radio and pointed out that the company still has a very viable revenue stream going forward:

Karmazin expressed confidence that Sirius XM Radio will be able to refinance the $1 billion in debt that comes due next year. The CEO has remained steadfast in this stance, even throughout the financial crisis that has had the credit markets in turmoil. Karmazin said the company has been working closely with all debt holders.

Karmazin stated that he anticipates hundreds of millions in revenue from the OEM channel despite weak auto sales. Using a “low-ball” figure of car sales at 12,000,000, he noted that this would still represent 6,000,000 installations that will help generate subscriber growth.

Karmazin is looking for $300 to $400 million in OEM channel revenue next year. In addition, the company derives revenue from the existing subscriber base through their service. Karmazin did not place figures on how the BEST OF programming or A-La-Carte would help the bottom line.

Overall, the CEO remains steadfast and confident in the company as they approach 2009. Investors, who have been beatn up in virtually any sector may not yet express the same confidence until they see the Q3 and Q4 financials. Getting trough 2008 with a good foundation will be important not only to the street, but the company as well.

27 Responses to “Karmazin Speaks At Media And Money Conference”