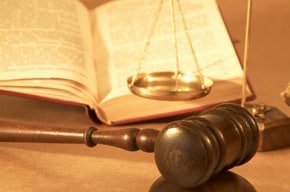 SiriusXM has seen better days.  The satellite radio provider was dealt a bit of a blow this week when a federal judge certified that the Flo and Eddie lawsuit regarding royalties would garner class action status.  Instead of Flo and Eddie against SiriusXM, it can now be anyone with pre-1972 music vs. SiriusXM.  The suit could carry ramifications across the digital sphere.

Judge Philip Gutierrez sided with Flo and Eddie on the matter, and seems to have agreed that the damages proposed, 100% of all revenues attributed to pre-1972 recordings are at play.  It is estimated that somewhere between 5% and 10% of  SiriusXM’s revenue stream could be impacted.  With billions of dollars in revenue, the numbers are quite substantial.  Essentially, between $50 million and $100 million of each billion in revenue is on the table.  The suit goes back to August of 2009.  Sound exchange estimates that between 10% and 15% of SiriusXM’s revenue is tied to pre-1972 recordings.  Either way, the numbers can grow substantially .  SiriusXM has reported roughly $20 billion in revenue since 2009.  Using a 10% figure, the exposure could be as high as $2 billion.

As class action suits go, this one can be quite scary because there is an extensive record of what songs have been played.  SiriusXM defense is to somehow demonstrate that the revenue from the play of such songs is as low as possible, because there is no real way the company can say it did not benefit from airing the music.  Stay Tuned