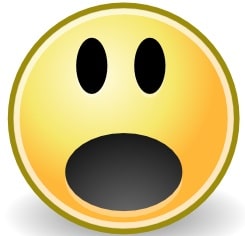 Over the years I have, on many occasions, been very critical of SiriusXM’s customer service.  There were even points in time where I would have characterized it as deplorable.

In my opinion, a successful company is one that views its customers as an asset, handles them with care, and bends over backwards to ensure that the consumer experience is as good as it can be.  SiriusXM has not always fared well in these departments.  That being said, my two most recent interactions with SiriusXM’s customer service were a very pleasant surprise.

In my family we have utilized XM SkyDocks with iPod touch’s for years in our cars.  We have utilized a Logitech Squeezebox Duet in our home.  I have long preferred the Skydock because it gave me great flexibility in what I listen to and the OEM radios had simply not afforded me such latitude.

Over the Labor Day weekend we bought a new car.  The new car came with a 3 month trial to SiriusXM and the activation was flawless.  The new car also had a much more capable stereo system that afforded us the latitude that we previously got only from the SkyDock.  For the first time, there was no longer a compelling reason to use the SkyDock.

Essentially, I now had two active SkyDock’s and one factory stereo all receiving SiriusXM.  The bottom line is that there was no need for one of the SkyDocks.  I dreaded that I would have to call SiriusXM to deactivate a SkyDock and have to listen to the sales pitch of why SiriusXM is the best thing since sliced bread and that if I kept it active I could get three months free, etc.

I have always hated the fact that SiriusXM made so many assumptions and went into a pre-written sales pitch when the word cancellation arose.  The fact of the matter was that I had two subscriptions prior to buying a new car, and simply wanted to have two subscriptions after.

My first surprise was that the representative on the other end actually listened to the fact that I was cancelling a SkyDock because I bought a new car.  I did not get the sales pitch.

Now, my past experience had me jaded.  In my mind it was going to be much easier to simply deactivate one of my SkyDocks and get back a pro-rated credit, and then call again after the three month free trial in the new car to deal with that subscription at that point.  To my shock, I did not have to do that.

My second surprise was that the company looked up my account, saw the new car, and asked if I wanted to apply my credit toward that subscription.  After my jaw hit the floor because this was far to easy, I had my wife pinch me to make sure I was not dreaming.  Could it really be?  Was SiriusXM actually handling this customer service issue in the manner which made logical sense?  WOW!

Yes, it was true.  SiriusXM applied my credit from the cancelled SkyDock to the new car, with the added months being tacked onto the free trial.  It was that easy!  The phone call only took a few minutes instead of the anticipated 3o minutes that my jaded mindset had imagined.  This was GREAT!

The third surprise came the next day when the SiriusXM I was listening through my Squeezebox Duet inside my home suddenly stopped.  I immediately said to myself, “I knew my experience the day before was too good to be true.”  I called SiriusXM to see if there was an issue with the Internet streaming service.  They informed me that they had no reports and inquired as to what issue I was having.  I explained the issue and was immediately shifted to the senior technical support team.  The rep walked me through a few basic things such as checking to see if I could stream on my computer.  He also checked forums to see if others with a Squeezebox Duet had reported any such issue.  He explained that sometimes there are updates on one side or another that can cause a conflict, but that he could find no evidence of it.  He then suggested that I try to call Logitech… AND gave me the phone number.

I hung up the phone impressed with the experience, but in the back of my mind feeling that SiriusXM had somehow passed the buck even though the steps we walked through seemed to exonerate the satellite radio provider.  I called Logitech, and in the end it was an issue with my overall Internet service (channels were somehow crossed and while I had Internet, the speed was so bad that streaming was virtually impossible).  A couple of hours on the phone with Comcast solved the issue, and I, once again have Internet radio streaming in my house.

As an investor in this company the customer experience outside the radio content has always been an aspect that I felt was lacking.  My most recent experience is that the company is on its game in this department.  I felt good about it and actually cracked a smile when I reflected on it during this past week.  The service was so good that I had to pen this article.  KUDOS SIRIUSXM!  You did great!