Is Mel Karmazin Falling On His Sword For Common Shareholders? 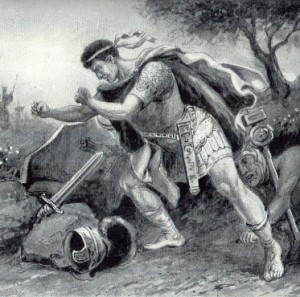 Mel Karmazin, CEO of SiriusXM Radio (NASDAQ:SIRI) has been at the helm of the company for years now.  Overall he has done a good job.  There were difficult times like a much longer than anticipated merger process, challenging times, like the near bankruptcy of the company, and great times, like emerging from a bankruptcy scare and delivering the company to a very profitable status.  Karmazin has his fans and he has his critics.  The same is true for any public figure.

During the course of 2012 Mel Karmazin began exercising option shares and selling them in planned sales.  It started out with 60 million shares and most recently had another 30 million shares added.  Some were critical of the satellite giant CEO for doing this, citing that he was selling into the hands of Liberty Media (NASDAQ:LMCA), a company that is intent on taking control of the satellite radio provider.  Others felt that Karmazin deserved to be able to reap the fruits of his labor.

In some ways Mel is falling on his sword.  He was intent on delivering shareholder value throughout the recent Liberty Media process.  He expressed a desire to ensure that Liberty Media did not gain control without paying a premium.  The problem was that the company and the board had no real way to enforce those desires.  The Liberty Media preferred shares gave Liberty what essentially amounted to veto power over use of cash, share dilution, and debt.  SiriusXM’s hands were virtually tied.  There was nothing that could be done… or so it seemed.

What Karmazin appears to have done was simply make the process of gaining control for liberty Media longer, harder, and more expensive.  The strategy has its merits, and the recent activities demonstrate that while we did not see Liberty Media put out a tender offer for the required shares, they have been paying a high price for them.

SiriusXM’s tactics allowed the company to report earnings that were impressive.  The street responded with an upward swing in share price that made many smile.  Some investors still begrudged Karmazin as his share sales took place each month, but if you dig just a little deeper, you will see that perhaps Karmazin was helping out the common shareholder more than many thought.

That 60 million shares Mel announced planned sales for in the spring required  Liberty Media to buy 30 million more shares than they otherwise would have had to buy.  That 30 million shares the CEO announced he would exercise and sell a few weeks ago added another 15 million to the total Liberty had to buy.  All told, he bought time for the company to get good numbers on the street and also added 45 million shares to the number Liberty needed to purchase.  At $2.50 per share, that equates to an additional $112,500,000 in cost for Liberty.

Taking things a step further, Karmazin has refused to negotiate his contract until there is some resolution with Liberty Media.  Yes, this protects him from any perceived motive outside the business of acting in the best interest of shareholders, but it also is a card that he can play to apply pressure.  His contract expires this year and he could have negotiated an extension months ago that entailed more options, a golden parachute, or any number of things.  He waited, and will continue to wait until there is some resolution, and he has more information to work with.  Meanwhile he himself will be the difference between Liberty having been at 49.7% or 49.8% instead of the 49.6% today, and perhaps down to 49.5% after he conducts his planned sale this month.

While these moves did will not stop the change in control from happening, they have helped the price of the stock appreciate prior to control changing hands.  While investors may not see a premium via a tender offer, it can be said Mel Karmazin did all he has been able to to get the premium via share price appreciation.

Whether you are a fan of the SiriusXM CEO or not, it can not be said that he has not done everything he could to bring value in any way possible.  Yes, it can be argued that perhaps a better deal could have been reached without the drama,  but that is speculation.  In some ways Mel has done investors the biggest favor he could.  Let’s just hope that people realize this.

12 Responses to “Is Mel Karmazin Falling On His Sword For Common Shareholders?”