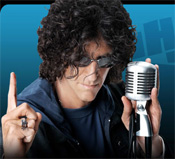 It certainly did not take long for attorney’s from the Stern camp to get the paperwork together to file an appeal. The original lawsuit was dismissed with prejudice and was first reported here at SiriusBuzz.   following the decision by Juge Barbara Kapnick, Howard Stern expressed dismay at the judges ruling and vowed an appeal.

Following the news, we here at SiriusBuzz reviewed the documentation and consulted various attorney’s for their opinion.  Their opinion was that Stern indeed had grounds for an appeal, and that in fact the bonus for the year 2007, at a minimum, appeared to be owed to Stern given the legal language. SiriusBuzz offered that deeper look in a follow-up article published April 18th.

The news that The King of All Media was going to appeal should not be a shock to anyone.  The fact that the appeal was filed so quickly may take some by surprise.  In a short and simple Pre-Argument Statement, Sterns’ team contends that Judge Kapnick misinterpreted the contract language and therefore erred in issuing summary judgment.

While the higher court is not required to accept the appeal, it would appear that there is enough for this appeal to at least garner consideration.  In reviewing the documents filed it does indeed appear that the judge may have mis-assigned certain bonuses to certain years and missed at least one bonus.  in fairness to the judge, the original filing did seem to offer room for such confusion.  The fact that bonuses were paid in the calendar year after the performance year probably did not help.

Clearly the Stern saga is not done.

Please be kind and credit the source.