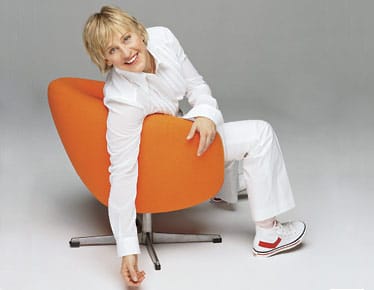 SiriusXM has announced that the company will simulcast the popular Ellen DeGeneres Show on its airwaves beginning today.  This is not Ellen’s first foray into the world of satellite radio.  The talk show star had her own channel on XM prior to the merger of Sirius and XM.  The Ellen channel disappeared from the dial back in 2007.  Now, seven years later, instead of a radio show, SiriusXM and Ellen are teaming up to simulcast her television show.

The Ellen DeGeneres Show will air an audiocast via satellite on SiriusXM Stars, channel 109, and through the SiriusXM Internet Radio App on smartphones and other connected devices, weekdays at 10 pm ET. The show will also be rebroadcast the following morning at 9:00 am ET.

“‘Ellen’ is the most popular nationally syndicated daytime talk show, and we know our listeners, whether they are in the car, at home or on the go, will love being able to tune into the daily show through satellite radio, and not miss a minute,” said Scott Greenstein, President and Chief Content Officer, SiriusXM.

It will be interesting to see how this plays out.  Simulcasts of television shows often seem to have something missing because these shows are television first and radio second.  In contrast, a radio show that is aired on television caters to the radio audience.  SiriusXM has remained active in trying to keep fresh content on its airwaves, and Ellen is certainly a very popular personality.  Fans that love Ellen now have even more access than before.  Stay Tuned!