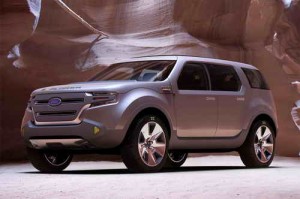 We are seeing the first indications of what December 2011 will bring in terms of auto sales.  The good news is that, according to Edmunds.com, we are on a pace for 1,273,000 for the month.  Such a number would put the quarterly total to somewhere around 3,287,000 units, in line (and slightly above) the second quarter of 2011, which was the best quarter of the year.

Typically, any time we see an average of over 1,000,000 sales in a month it bodes well for Sirius XM.  That type of sales volume means that production as well as sales is happening at a pace that allows the company to report decent numbers across the board.  As time passes, we will need to adjust that average to 1,100,000.  The good news is that Q4 seems to be on a pace to get near that level.

As we look at the auto sector it is important to understand that differing manufactures contribute to Sirius XM in differing ways.  We need to look at Q3 sales, Q4 sales, and Q4 production to paint a picture.  For Sirius XM to meet their subscriber guidance of 1.6 million for the year , they need to get 442,000 subscribers.

At this point there is a natural tendency to look at Q2, when Sirius XM reported over 450,000 subscribers, with the thinking that if auto sales are similar in both quarters that Sirius XM will dish out similar results.  This thought process is slightly flawed for a few reasons.  One major reason is that in Q2 the company saw an artificial boost in the subscriber number due to the disaster in Japan, and the mix of manufacturers that contributed.

This combination in the auto channel helped the company deliver over 450,000 subscribers.  Now to look at Q4, which again, counts Q3 from the "trailing" category, Q4 from the "leading " category, and Q4 sales from the "point-of sale" category.

As you can see there are some distinct differences between in mix between Q2 and Q4.  This needs to be considered closely, rather than simply looking at the similarity in the sales totals:

As you can see, the mix in Q2 was more favorable across the board, and in the important category of "point-of-sale" the spread is substantial.  This is where my research pays off.  Long ago I outlined that Sirius XM got an artificial boost in Q2 because of the mix of sales and production created by the disaster in Japan at the end of Q1.  I have stated many times that the boost we saw in Q2 would be offset by a dip in Q3.  At the time I had many that were critical of my research for one reason or another.  In most cases those that were critical were neglecting to look at the data.  I have now come under fire again for stating that the sales figures in Q4 were going to make it a challenge for Sirius XM to meet the 1.6 million subscriber guidance.  Never did I say that they would not hit it, what I expressed was that hitting the number would be a challenge, and that the company would have to come up with some improvements in retention, churn, and take rate to get there.  Given the data above, it should be clear that some challenges will exist.  Further, it should be clear that Q2 had superior conditions in the mix that are not present in Q4.

On the positive front, a December auto sales number approaching 1.3 million really helps out the process of the company getting to guidance.  I still believe that there are challenges for many reasons, but that concern will be alleviated slightly if December can bring in the nearly 1.3 million Edmunds is projecting.

With Sirius XM many investors tend to believe that CEO Mel Karmazin typically "under-promises" and "over-delivers".  He stated earlier this year that Sirius XM would "hit it out of the park" in 2011.  I would consider over-delivery and hitting it out of the park for this company to be at 1.7 million with all other metrics being met and showing the expected amount of growth.  If the company delivers 1.65 million for 2011 they will indeed beat guidance on that metric.  The question is what they had to do to get there.  If they had to offer steep discounts and impact ARPU (Average Revenue Per User), I would not call that over-delivering or hitting it out of the park.  Thus my assessment that hitting guidance would be a challenge.

I have had some say that I totally ignored production in getting to my estimates.  I can say with utmost confidence that I NEVER ignore production, nor any aspect of the auto sector as it relates to Sirius XM.   If we consider that deactivations will be higher in Q4 than in previous quarters, it will take gross additions of a higher number to deliver similar results.  Those problems still exist and deserve attention.  Deactivated subscribers will be at least 100,000 higher than in Q2 (the comparison quarter).  Gross additions in Q2 were 2.179 million.   With sales being similar between the two quarters, the OEM channel will not likely deliver more gross additions.  This means that the number needs to be made up in retail, retention, less churn, and a more successful take rate.

It will be interesting to see how December sales pan out.  Stay tuned.