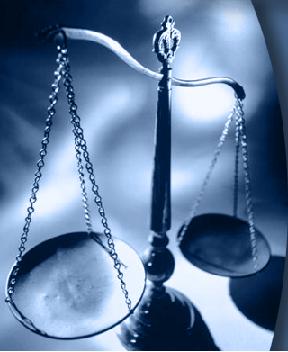 The merger is front and center on everyone’s mind. The FCC seems to be down to concession talks, and all indications are that the DOJ must be close to a decision. While these indications would appear to be positive, at least in the sense that a decision is forthcoming, the market has not seemed to react very well.

There are some key factors to consider when looking at all of the news that has come out in recent weeks:

WE ARE ONLY HEARING ONE SIDE OF THE STORY

The concession type filings that have been popping up at the FCC only give one side of the story, and for the most part these concession type filings are a wish list from those that otherwise oppose the merger. Throughout recent weeks, there have been no ExParte filings with the FCC from Sirius and XM. While they are indeed speaking with regulators, they are more likely than not in a pure response mode, where they are answering questions posed by regulators. Because we have not seen the Sirius and XM response, most news seems to focus on the “hand-out” type of concessions that some groups are proposing, and some of these proposed concessions give the sense that Sirius and XM will be saddled with expensive propositions in order to merge. To better grasp the situation, the street needs to remember that we are seeing “wish-lists” of which only portions may be granted. There is virtually a concession scale that needs to find a balance, and we are only seeing one side of the scale right now.

The pipe dream concessions get a lot of headlines, and in many ways seem to have tempered the appetite of SDARS investors. Such proposals are quite expensive and would eat away at merger synergies in short order. Because of this, it is no surprise that many people on the street are waiting on the sidelines. The question is what proposals are realistic, and are those enough to see the merger happen. In life, we see “pipe-dream” proposals all of the time. We offer $40,000 for a $55,000 car knowing full well that the sweet spot is in the middle. The point is asking for as much as possible in hopes of getting at least something for your efforts. Even with this merger, there was a sweet spot. Some investors felt that the merger share ratio should have been 4/1 or 5/1 instead of the 4.6/1 that ultimately was negotiated.

Georgetown Partners is an example of a pipe dream concession. They are seeking a virtual 20% stake in the company, and an up and running business model for an as yet undisclosed lease. At this point the Georgetown Partners proposal is a pipe dream. The FCC can not realistically give away an asset of Sirius and XM. The FCC can not dictate that Sirius and XM give away marketing support, infrastructure, research and development and other things that they are seeking. Chester Davenport has thrown a proposal out there, but has offered no “meat” for due consideration, and even if he does, he has to realize that what he is seeking is something that the FCC will never realistically be able to offer. At best, he can hope that he will have to competitively bid on an amount of spectrum from which he can launch his own service by building out his own network.

Ibiquity is also seeking a pipe dream. They want what equates to hundreds of millions of dollars of subsidies from Sirius and XM so that their business plan can get off of the ground. Sirius and XM got into auto dashboards because they paid for it. Ibiquity has shown no desire to pay for it, and now wants inclusion via all of the hard work that Sirius, XM, and the investors in these companies have paid for. This is a pipe dream, and can not happen as currently constituted.

Public Knowledge has a pipe dream concession of their own. They want the “no-local” content mandate removed. They are stating that SDARS be allowed to produce local content. This is something that SDARS currently does not have, and while it would be nice to have this happen, the NAB and terrestrial radio would fight tooth and nail against it. Simply stated, this request by Public Knowledge is a pipe dream.

Perhaps the most realistic concessions to date have been proposed by Sirius and XM themselves, and Public Knowledge.

A-La-Carte Pricing is a concession that has been proposed from the very start. Sirius and XM have already provided details and proposals that allow for diverse programming selection as well as various price points. This type of concession is one that has been sought after by Public Knowledge, and it is virtually a foregone conclusion that this will happen.

Public Knowledge has also stipulated that the merged company should make 5% of its capacity available for informational and educational content of which it has no editorial control. This concession is realistic. It is not seizing control of assets, and is not having Sirius and XM subsidize anything that they are not already considering anyway. Think of it this way. Sirius has the Catholic Channel. They do not have editorial control. NPR Radio on Sirius is another example, as is CNBC, or XM’s feed of C-Span. Fox News, CNN News, etc. are all examples of this. Public Knowledge takes their thought on this a step further is seeking 5% that would also be commercial free, which none of these existing channels are. Perhaps, if the 5% includes such programs and channels (or some of them), this is a realistic concession. Even if the mergeco had to give another 5 to 10 talk channels, it would be a realistic concession.

Public Knowledge also requests a concession that would have a price freeze for the combined package for a period of three years. I think that some form of price freeze is a reasonable concession that the merged company would agree to. I do feel that there will be stipulations. For example, a price freeze on programming at current levels. If Sirius and XM were to attract a content deal such as Rush Limbaugh, and he were to have his own channel at a premium price that the company would be free to charge additional money. In other words, current content offerings for current prices for three years.

Another concession sought by Public Knowledge, as well as U.S. Electronics is an open device platform. In theory, this concession is reasonable, but in reality, the chipsets are subsidized by Sirius and XM. Would opening up the platform really create instant manufacturer desire to produce radios if these manufacturers have to buy the chip sets? While this concession may indeed be on the table, some details on how it is implemented would have to be worked out.

Ibiquity is seeking a concession that is realistic in their proposal, as is Slacker. The concession is that exclusive OEM deals not be used to hamper competitors from getting into the dash boards of cars. Personally, I think this type of concession has a realistic chance of success, and I see no indication that Sirius and XM would object to this. HD radio already has deals with Sirius partners Ford and BMW.

A concession that carves away a chunk of bandwidth is a possibility. However, that spectrum would need to have a buyer who would develop their own network, their own radios, and their own business. Exactly how much spectrum would be carved away without breaking the deal is the main question with this proposal. Anything above 10% may well break the deal, but perhaps these companies would be willing to part with spectrum as long as they did not have to support the business in any other way. I call this concession realistic because it has been spoken of. It is fraught with issues about legacy receivers though, so the complexity of this concession is deeper than many imagine. I could see the mergeco agreeing to a longer term price freeze rather than giving up spectrum.

The story in all of this is where the sweet spot is with Sirius and XM, and where the sweet spot is with the regulators. Are they close? The other aspect of the story is that many filings of late are focused on concessions should the merger pass, and the fact that many of these are beginning to get more specific in nature. This could indicate the level of conversation happening with the FCC. Some have indicated that the length of time this merger has taken is a bad sign, and that odds of approval are in the 20% to 30% range. I would argue that if the odds were so much against the merger that a decision would have already been reached. I would also argue that the tone of FCC filings seems to indicate that discussions are beginning to center on what happens if the merger is approved.