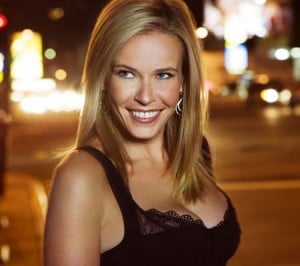 Beginning February 18th SiriusXM subscribers will be able to tune in and listen to the popular late night television comedy show Chelsea Lately.

The show will continue to air weeknights on E! at 11pm while being simulcast on Raw Dog SiriusXM Comedy Hits, channel 99.

“In the twilight of my life, I’ve decided to transition off camera and on to the sound waves of SiriusXM. But, if you can’t hear, you can still find me on E!,” said Chelsea Handler. See what she did there?

To help kick off the new show, Chelsea will host a live one hour show featuring special guests from NFL’s Radio Row in New York City on Friday, January 31 at 12 pm ET.

In this new online age, TV shows are looking for additional ways to engage their viewers – Facebook, Twitter, Instagram, and now apparently through satellite radio. “In our ongoing efforts to provide fans new ways to engage with our shows across all platforms, we are excited to offer Chelsea Lately to SiriusXM listeners,” said Suzanne Kolb, President, E! Entertainment.

The Chelsea Lately television show is mostly back and forth witty banter which should easily translate to radio but, will the more visual aspects of the show fall flat? We’ll have to tune in to find out.