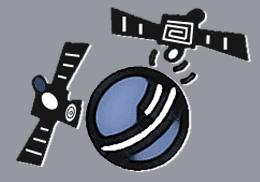 C3SR has demanded a hearing with the FCC regarding the proposed merger of Sirius and XM. In their filing they charge Sirius and XM with a “lack of candor” with regard to an interoperable radio device.

Exactly how much candor has C3SR had?

From what information is available, C3SR funded by the National Association of Broadcasters, and the founders have ties to the NAB.

Here is what C3SR Claims:

“Through the participation and support of subscribers and volunteers, C3SR -the only consumer group in existence today solely dedicated to advocating on behalf of satellite radio subscribers- is committed to opposing the creation of a monopoly in satellite radio, and ensure continued consumer choice and competition.”

2. Support of volunteers? Exactly how many volunteers would that be? Doe the NAB count as a volunteer? It has been well documanted that the NAB finances a great majority of what C3SR does.

3. C3SR is the ONLY consumer group in existence dedicated solely to advocating on behalf of subscribers? Give me a break. I have asked time and time again for C3SR to step up to the plate and show their “membership” I have stated many times that in order to advocate for a group, you must understand that group. Subscribers WANT THE MERGER. If C3SR were advocating on behalf of subscribers, they would not be taking the stance they are. They are not doing anything for the benefit of subscribers. They are doing what appears to be the bidding of the NAB.

4. Wouldn’t an organization that is advocating on behalf of subscribers be taking a stance on a proposal such as what Georgetown Partners has made? What about the Public Knowledge proposal? Media Access Project? Ibiquity? How can they be “advocating” if they are not even addressing the issues that surround the merger discussion?

5. Wouldn’t an organization that claims to be an advocate of subscribers conduct some sort of research on what those subscribers want? C3SR HAS NEVER TAKEN ANY STEP IN SEEING THE SUBSCRIBERS OPINION.

6. Why does C3SR censor opposing views on their website? I have had literally dozens of people tell me that their comments are not published. It seems that only comments critical of the merger, or of either company individually get published. As of this writing C3SR has had a total of 7 posts on their blog, and have only published 4 comments. This can mean that C3SR is irrelevant, and it could also mean that they simply want only certain types of comments. If only certain types of comments are desired, then one can clearly see that C3SR must indeed be irrelevant. In fact, I would like every reader to post a comment on the C3SR blog, and then post the identical comment here on this post referencing that you tried to post this on C3SR. Lets see if they are paying attention. Will they publish the comments? Of course, I run the risk of showing myself as irrelevant if no one participates, but…..I am willing to do just that.

So while the interoperable device has had a place in SDARS history, and there have been many opinions surrounding the issue, it boils down to this. Sirius and XM have filed with the FCC that they complied with the interoperable mandate. The FCC has not said one way or the other whether this is indeed the case. The issue is with the FCC. It is up to the FCC to decide whether or not the companies have complied. My opinion, your opinion, Sirius’ opinion, XM’s opinion and C3SR’s opinion do not matter. It is the FCC’s opinion that matters. Sirius and XM claim to have complied, and the FCC has not said anything one way or the other. Until such time that the FCC makes a statement one way or the other, the point is virtually moot. The record has shown that the number of subscribers that have both services is not very large, and it goes without saying that a great deal of those that have both are in a situation where one family member has a car with Sirius, while the other has XM. Thus they are paying $26 per month instead of $20 (family plan). If an interoperable device were brought to market and you had to buy both services with it, how many would actually subscribe? Realistically…..not many. An interoperable device that let’s you choose 1 service would have more takers, but switching between services would be something that simply does not happen. People get exposed to one service or the other, they make their choice, and they stick with it. Plain and simple.

So, where is the lack of Candor? Does C3SR have candor? In my opinion they do not. They have never really made an effort for subscribers. Instead, their objective seems to be whatever the National Association of Broadcasters wants. In other words, they are in my opinion a “PUPPET ORGANIZATION”. Notice that neither C3SR nor the NAB have ever commented on some of the various proposals that have been presented to the FCC.

TEST THE CANDOR OF C3SR – TRY TO POST A COMMENT ON THE C3SR BLOG, AND THEN ALSO POST IT HERE. Spread the word, and let’s make this interesting!!