As SiriusBuzz readers are already aware (Sirius XM Makes The Biggest Mistake Of The New Year, and Bubba The Replay Love Sponge Speaks Out), the new deal with Bubba The Love Sponge is rubbing subscribers the wrong way. This deal brings a watered down Bubba that in Shock Jock terms amounts to sloppy seconds, as the show aired on Sirius XM Radio is a replay of Bubba’s morning drive show on terrestrial radio. 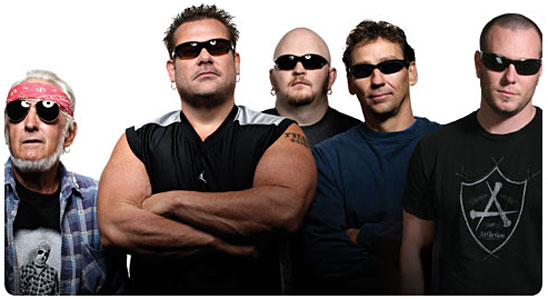 This new deal is wrong on so many levels, it makes even the most ardent satellite radio fans scratch their heads! Welcome To Extreme Entertainment Makeover, Satellite Radio Edition – Where programming changes happen before you realize it!

1. The type of deal was not disclosed to listeners. This is a slap across the face to subscribers, and shows little respect for the customer base. This move, coupled with the channel shuffle, and a few others are bad for a business that relies on consumers to pay for services. It comes off like a bait and switch, and no one appreciates that.

2. Bubba is a master at viral marketing. He knows how to rile up his fans, and they speak LOUDLY. The Bubba Army always goes to bat for Bubba, and right now that army feels like they were ambushed.

3. Bubba is a part of the Howard brand. This deal, structured to “save money”, effectively serves on a black mark in the “Is The Howard Deal Worth It” debate. We now have a major show and featured aspect of the Howard channels relegated to 1 live show per week and four replays of a watered down terrestrial show.

4. Sirius just lost all interaction with fans being able to call in and participate in the show. This show is recorded in the morning, and Sirius XM listeners do not get catch the show until afternoon drive. Today we were treated to discussion about terrestrial ratings, and who is the “King of Jocks” in Jacksonville! This is not at all topical for satellite radio fans who have come to expect more from satellite than they get on terrestrial. For many, Howard 101 just became non-priority channel.

5. As Bubba’s terrestrial deal expands, and now it will, the satellite radio audience will begin to tune out more and more. Sure the model has worked for Opie and Anthony, but at least they had a satellite radio portion each day. With the Bubba deal, fans will only get the “REAL SHOW” once per week.

6. Sirius XM just lost a huge selling point to the truckers out there. Mile after mile, these hard working cogs in the American machine have become satellite radio fans. Yes, commercial free music and a national footprint play a role, but it is also uncensored entertainment that differentiates satellite from terrestrial.

7. Advertisers who were once attracted to satellite because of the unique programming will now see the impact of less listeners on one of the channels that draws the most ad revenue. Bubba Live Reads are gone, and a pre-recorded ad does not have the same impact.

8. The “BEST OF” Sirius just lost value. Subscribers who just ponied up dollars for adding a year of “BEST OF” will be all over the net expressing yet another frustration with satellite radio. This is not a good piece of marketing, and I have a feeling this will become a major issue in the coming days, as the word continues to spread.

Now, to be fair, I do not know the terms Bubba was looking for. In my opinion, it could have perhaps rivaled Chris Mad Dog Russo money, but that is about the peak of what I think the show would have been seeking. Are things so bad at Sirius XM that a deal with Bubba could not make financial sense? Aren’t massive merger synergies happening that would allow original programming such as Bubba’s show to be retained? A move like this evokes a lot of questions at a time when the company needs to be instilling confidence. Set aside the consumer for a moment, and look at this from a lenders, or better yet, an investors perspective. This does not appear to be a confident move by the company. Particularly in the manner in which this news came out.

This piece would not be complete unless it was fair to Bubba and his crew as well. Yes, they signed the deal, but what choice did they really have? No one wants to work for less than they feel they are worth, or in tough economic times, slightly less. Bubba and the crew have a terrestrial radio deal that was growing, and a satellite deal that was apparently shrinking. Their loyalties are perhaps where they should have been. With the company that is giving the best deal (Cox). I can’t blame Bubba for this fiasco. It started a couple of years ago, and has snowballed ever since. Bubba, more than anything, wanted to do a satellite radio show. The deal offered by Cox was indeed lucrative, and he was placed in a position of having to do terrestrial. Now, once again, terrestrial radio is home for Bubba. His gig at Sirius XM has been demoted to part time. Like it or not, the Bubba Army just became the Bubba Florida National Guard by executive decision.

In the end, fans can not blame Bubba for this. Bubba has to run a business and support not only his family, but the families of his employees. This decision, in my opinion, rests on Sirius XM Radio. Someone somewhere in New York thought this was a good move. Time will tell, but I am betting that they will have second thoughts soon.