A Deeper Look at the Howard Stern Lawsuit 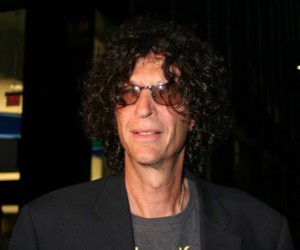 As was reported here on SiriusBuzz, Sirius XM (NASDAQ:SIRI) has scored a victory in the lawsuit filed by Howard Stern in the form of a summary judgment with prejudice issued by Judge Barbara Kapnick.  A dismissal with prejudice does not preclude Stern from appealing the decision, and Stern has vowed to do just that.  Anything that is potentially worth hundreds of millions of dollars is worth a deeper look.

While the dismissal with prejudice takes away some capability from the Stern camp, it is not the final step that some think it is.  Stern will appeal, and in looking at the issues filed with the court (I am not a legal expert), Stern has some decent standing on at least some of the issues brought up in the suit.

Setting aside for a moment the discussion of whether XM subscribers should count in the event of a merger, there is evidence that Sirius XM does still owe Stern some bonuses based on the Sirius subscriber base alone.  Consider the following:

As you can see, Stern was only paid two bonuses.  One appears to be for beating subscriber estimates in 2005, and the other within the established term of the contract (2006 to 2010) for the 2006 subscriber total.  It can be argued that Stern is still due (by contract) a bonus for the year 2007 based solely on Sirius numbers, and for 2008 if the XM subscribers getting the “Best-Of Sirius” package were considered.  The court filing from the Stern side did not appear to  clearly define the terms of the contract, and the way some dates were written could make it appear that Stern got all he was entitled to when a deeper look shows that, at a minimum, the 2007 bonus was not paid.

These factors could give the Stern side some much needed ammunition in their appeal.  Setting aside the bigger picture of the XM subscriber base, I am challenged to find how Sirius XM refused to pay Stern a bonus for 2007 performance.  At a minimum the documents filed, while admittedly confusing, demonstrate that Stern is due at least something.  Based on these factors alone Stern should and will appeal.  However, because of the type of judgement already received (summary with prejudice), the implications may no longer be hundreds of millions, but somewhere under $100 million.

In review of all of this documentation, the appeal may happen, but there is room for a settlement between the parties.  Stay tuned.

14 Responses to “A Deeper Look at the Howard Stern Lawsuit”